Sheryl Sandberg mentioned a visit to Yad Vashem as one reason she supports the fight against hate. 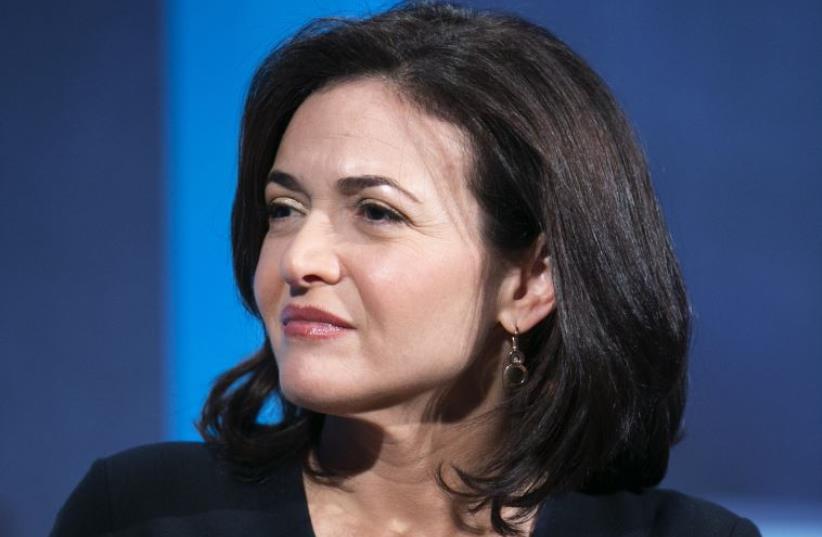 Facebook Chief Operating Office Sheryl Sandberg
(photo credit: REUTERS)
Advertisement
Facebook’s chief operating officer Sheryl Sandberg will donate $2.5 million to the Anti-Defamation League to support the fight against hatred in Europe and the US.Writing on Facebook, she mentioned a visit she took with her family to Yad Vashem this summer as “a powerful reminder to where this hate can lead,” in reference to the Tree of Life Congregation synagogue attack in Pittsburgh. She also met President Reuven Rivlin during that visit. Describing how she sat in synagogue and considered the recent attack on Jews in Halle, Germany, in which two men were killed, she decided to make a “personal gift” to ADL. She pointed out the group also fights racism, Islamophobia and Homophobia.“My gift will be supporting anti-hate programs in Europe and the US,” she wrote. “In addition to my donation, I also wish to encourage others to take meaningful action.” She mentioned the “11 actions for 11 lives” program as one such option. The program honors the memory of those who were killed in Pittsburgh.A press release on behalf of the organization published the news on Wednesday.With an annual salary of $25m. in 2017 and an estimated net worth of $1.7 billion in 2019, Sandberg is the first woman to ever serve on the board of directors of the social media giant. She previously served as chief of staff for former US Treasury secretary Lawrence Summers.Sandberg, who is one of the few women to reach such a position, advocates for women to take on larger roles in government and finance, pointing out in her 2013 book Lean In: Women, Work, and the Will to Lead that in a truly equal society, women would run “half our countries and men run half our homes.”Her 2017 book Option B: Facing Adversity, Building Resilience, and Finding Joy took the idea of leaning in into the realm of grief and grit. Sandberg lost her husband, the late Dave Goldberg, two years before the book was released.Former first lady Michelle Obama took issue with the idea that women can always “have it all,” saying in 2018 that it is a lie, “because that s*** doesn’t work all the time,” the Cut reported. Facebook, which is a global social media giant suspected of collecting data on its users that can be used in a variety of ways – from suggesting to them an interesting product they might buy to offering governments information on their citizens – had been slammed for its policies by such diverse people as Prime Minister Benjamin Netanyahu and Harvard Prof. Shoshana Zuboff.Netanyahu took offense when Facebook closed the Likud chatbot on election day. Zuboff, according to The New York Times, claims big tech platforms strip people of data like hunters pull ivory tusks out of the bodies of elephants.Comparing Sandberg to Mary Mallon, a New York cook who infected 51 people with typhoid fever earning her the moniker “Typhoid Mary,” Zuboff slammed Sandberg, calling her “the ‘Typhoid Mary’ of surveillance capitalism” in her 2018 book The Age of Surveillance Capitalism.