Satire taken seriously is behind an outpouring of antisemitic comments. 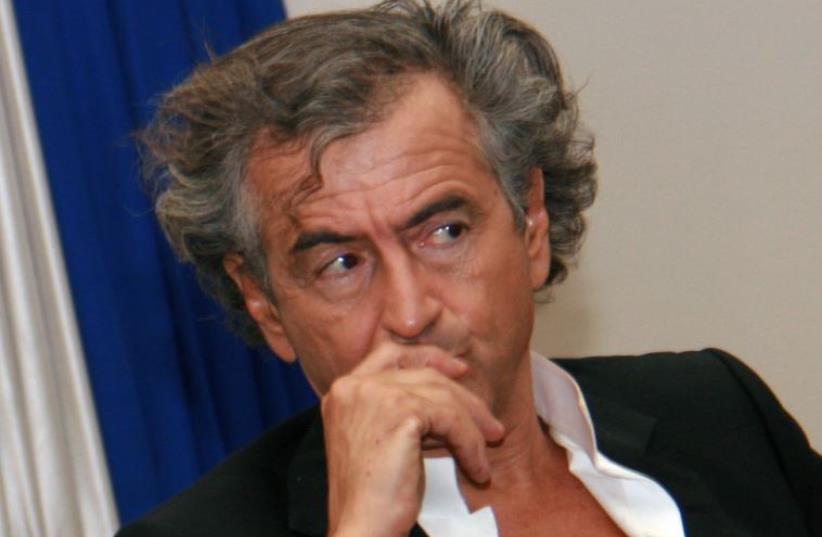 Bernard-Henri Lévy
(photo credit: ITZIKE/WIKIMEDIA COMMONS)
Advertisement
A satirical article suggesting that the French-Jewish philosopher Bernard-Henri Levy plans to emigrate if a far-left politician is elected president triggered a slew of antisemitic comments on Twitter.In the fake interview published last week on the satirical website NordPresse, Levy, one of the country’s best-known celebrities, is quoted as saying, “If Melenchon is elected, I’m leaving France.”Jean-Luc Melenchon, who is the presidential candidate of the French Communist Party and several other far-left groups, has made considerable gains in polls ahead of the first round of the presidential elections on April 23.
Nervousness over 2017 French presidential elections as investors take stock of recent polls showing a tightening race between candidates Le Pen, Macron and Melenchon (REUTERS)
Using the hashtag #BHL — the Jewish philosopher’s initials — hundreds of Melenchon supporters circulated the fake interview on Twitter, adding antisemitic comments about it.“Shove off to Israel or the States, you son of a b*tch,” one Twitter user wrote in an apparent reference to the fact that Levy, who is a citizen neither of Israel nor of the United States, is Jewish. Another wrote, “If Melenchon wins BHL knows where he can return.” The latter added a banner advertising Tel Aviv and Jerusalem to tourists.The L’Expresse daily accused the satirical website of encouraging antisemitic discourse by inventing a quote by Levy.“I cannot agree to a 90-percent taxation of my revenues” in explaining his opposition to Melenchon. “The Jews, as we all know, are rich,” L’Expresse wrote sarcastically.Levy has criticized Melenchon, whose policies he has called “dangerous.” This week, Levy wrote on Twitter: “A reminder on the deplorable remarks by Melenchon following 2014 rallies featuring chanting about death to Jews.”The post included a link to an article about Melenchon that was published on the Levy-owned opinion website Le Regle du Jeu recalling Melenchon’s statement on Aug. 24 that protesters against Israel in Paris “remained dignified and embodied better than anyone the founding values of the French republic.” More than nine synagogues were attacked in July that year in the French capital by pro-Palestinian protesters, some using firebombs. In a July 2014 incident at one synagogue, a gang of 150 assailants besieged dozens of worshipers.The author of the article, François Heilbronn, accused Melenchon of reviving the antisemitic trope about an alleged Jewish supremacist sentiment connected to the Torah’s designation of Jews as the “chosen people.”Heilbronn was referencing a remark by Melenchon during the Aug. 24 speech in which he said while speaking about pro-Palestinian advocacy: “We say no to peace for some, war for others. We do not believe that any people is superior to another.”CRIF, the umbrella group of French Jewish communities, has a boycott policy on Melenchon’s party and that of the far-right politician Marine Le Pen.“They both traffic in hatred,” CRIF President Francis Kalifat said in February in explaining this policy.Melenchon has climbed to third place in an Ifop survey from April 14 with 19 percent of the vote — matching the Republican candidate Francois Fillon — moving up from fifth in February and 9 percent. Emmanuel Macron, the centrist candidate, topped the April poll with 23 percent, followed by Le Pen of the National Front party with 22 percent.