Polish sportsman’s decision to stay in Israel after Games likely saved his life. 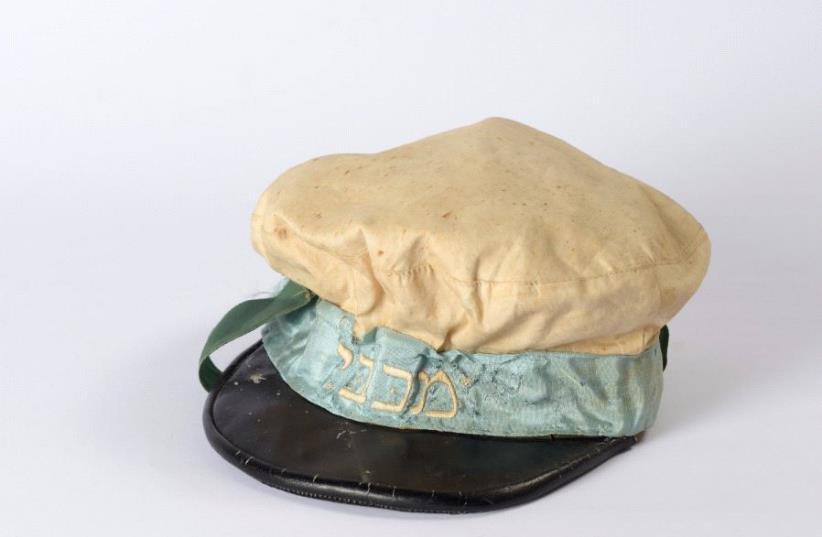 Polish-Jewish sports cap pre-war
(photo credit: COURTESY OF YAD VASHEM ARTIFACTS COLLECTION)
Advertisement
Just before the Maccabiah games kicked off on Thursday, the family of Polish-born cyclist Moshe Cukierman, who participated in the Jewish sporting competition in 1935, donated a hat that belonged to the sportsman to the Yad Vashem Artifacts Division.Printed on the hat is the word “Maccabi” – Cukierman and his friends trained with the Maccabi Lodz and Bar Kochba Jewish sports clubs, and participated in competitions throughout the 1920s and ‘30s.Cukierman was the captain of the cycling team of the Bar-Kochba organization in Lodz, head of the Cyclists Association in Lodz, and participated in cycling competitions throughout Poland. He won many medals and documented his cycling trips in diaries.“One of the competitions he participated in took place on a 500-km. route through Poland’s Kielce district that passed through various cities,” the exhibition notes.“As was customary in cycling championships at the beginning of the 20th century, Cukierman was required to have his notebook stamped by a representative of the locations he passed through as proof of his passage along the required route. His travel diaries include stamps and signatures of police and Jewish community representatives, alongside his anecdotes about encounters with members of other Jewish sports clubs and representatives of Zionist organizations.”Many of these artifacts and excerpts from his diaries are on display on an online exhibition of Yad Vashem titled “A Shattered World.” The collection comprises remnants of the cultural life of Jewish communities that flourished for centuries before being demolished in the Holocaust.When Cukierman and his wife, Tova Krakowski, a gymnast from Lodz, came to Mandatory Palestine to participate in the 1935 Maccabiah games, they decided to stay in the country rather than return to Poland – a decision which likely saved their lives. Most members of their families who remained in Poland were murdered in the Holocaust.