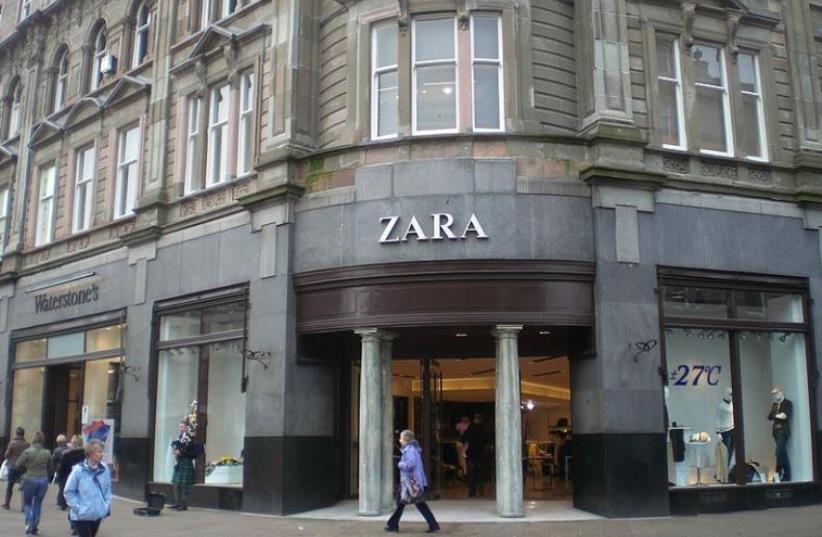 Zara.
(photo credit: Wikimedia Commons)
Advertisement
A former attorney for the Zara clothing chain filed a $40 million lawsuit against the company alleging that it discriminated against him because he is Jewish, American and gay.In papers filed Wednesday in Manhattan Supreme Court, Ian Jack Miller, 50, accused the Spanish-owned company of favoring employees who are Christian, Spanish and heterosexual, the Daily News reported.Miller was Zara USA’s general counsel for approximately seven years before being fired. He claims he was harassed frequently in the office and that his colleagues often boasted about their genital size and sexual conquests. Miller also alleges that one co-worker emailed Miller’s romantic partner a picture of a tattooed penis.Miller’s attorney said his numerous complaints to the company’s “highest ranking legal officer” were ignored.Zara did not respond to the Daily News’ request for comment.Last August, Zara apologized after being criticized for selling a children’s shirt that resembled a concentration camp uniform.