He won a parliament seat in May in eastern Sydney's heavily Jewish district of Wentworth, a seat once held by former prime minister Malcolm Turnbull. 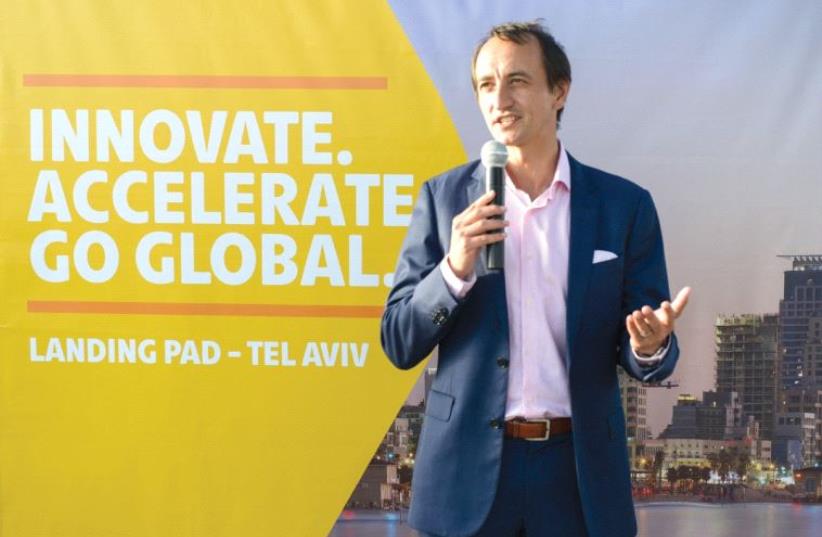 Australian Ambassador Dave Sharma
(photo credit: Courtesy)
Advertisement
Newly minted Liberal Party MK and former Australian ambassador to Israel Dave Sharma gave his maiden address to Parliament on Wednesday and praised it for its grit, technology and dynamism. “My four years as Australia’s ambassador to Israel left me with a high degree of admiration and respect for the State of Israel and the Jewish people, and all they have achieved under tremendously trying circumstances,” he said. Sharma posted parts of his speech in 20 different Twitter posts, with his comments about admiring Israel and the Jewish people garnering more “likes” than any of the other tweets.The new MK also said in his speech that his time in Israel “taught me how valuable a thriving technology sector can be for the dynamism and health of the rest of the economy. This isn’t about job losses, it’s about capturing the jobs of the future.” He won a Parliament seat in May in eastern Sydney’s heavily Jewish district of Wentworth, a seat once held by former prime minister Malcolm Turnbull. Sharma was a highly regarded, active and high-profile ambassador during his years in Israel from 2013 to 2017, developing close contacts with senior government officials. One of those officials described Sharma after his election victory as a “true friend” of Israel “with all his heart and soul.” In an op-ed piece for The Australian Jewish News after the election, Sharma wrote that he will “remain a great enthusiast and supporter for the relationship between Australia and Israel,” and that he will “always stand up, forcefully and passionately, for Israel’s legitimacy as the nation-state of the Jewish people and Israel’s right to defend itself.” Israel, he wrote, “faces security challenges and dilemmas that are incomprehensible in Australia and the West. But far too often, Israel is held to different standards, or singled out for disproportionate criticism, in the international community and in the United Nations and other bodies. I will always speak out for Israel against such unjustified attacks and unwarranted criticism.”