Prior to discovering his Jewish roots, Csanad Szegedi was known for his extremist positions and antisemitic statements as a member of the Jobbik party. 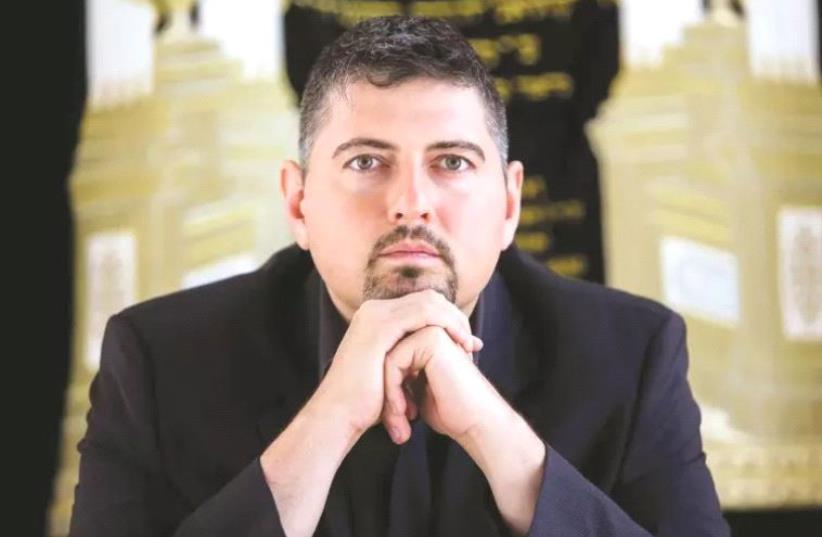 Csanád Szegedi
(photo credit: Courtesy)
Advertisement
A one-time MP for Hungary's extremist right-wing and antisemitic Jobbik party, who quit when he discovered he was Jewish, is now making aliya to Israel.In an interview with The Jerusalem Post's Hebrew language sister newspaper, Ma'ariv, Csanad Szegedi said that he is waiting with bated breath for the moment that he becomes an Israeli citizen and can contribute from his wide experience to the fight against international antisemitism.Szegedi, 34, revealed his intention to make aliya with his wife and two children at a World Zionist Organization conference that took place in Budapest over the weekend.Prior to discovering his Jewish roots, Szegedi was known for his extremist positions and antisemitic statements as a member of Jobbik. He was one of the founders of the Hungarian Guard, an extreme nationalist group whose members don black uniforms and see themselves as the descendants of the Hungary's fascist Arrow Cross Party, which collaborated with the Nazis during World War II. Szegedi rose in the ranks of Jobbik through the years, becoming a senior member and even serving as the party's vice president until 2012, and as the party's representative to the European Parliament.In June 2012, Szegedi stunned Hungary, particularly his fellow Jobbik members, when he revealed that his grandparents on his mother's side were Jewish. His grandmother survived Auschwitz and his grandfather was in forced-labor camps. Szegedi began to learn about Judaism, to observe the Sabbath, to keep kosher and to go to synagogue. He has since had the opportunity to visit Israel. After discovering his roots, he quit all of his posts in Jobbik, which distanced itself from him, claiming that the reason for his leaving was not his Jewishness, but rather a corruption scandal. Since undergoing the transformation, he has become an activist against antisemitism in Europe as a whole, and in Hungary in particular. He is now completing the transformation by making aliya to Israel with his family.Why did you decide to make aliya and live here with your family?"Israel is an amazing country, and I believe that every Jew who lives in the Diaspora seriously considers making aliya to Israel, at least once in his life. There are many more positive elements than negative elements in being a Jew, and the biggest gift for any Jew is the existence of the State of Israel. After the nightmares that my relatives underwent in the Holocaust, my family and I very much want to be part of the positive dream that Israel constitutes for us."Have you already signed up for aliya?"I've begun the aliya process. I submitted the paperwork and am awaiting the approval of my documents. My family is very supportive."Does the security situation in Israel deter you?"No, not at all. I've visited Israel a number of times in recent years and I always felt safe. I know that the security in Israel is among the best in the world."Where do you want to live in Israel?"It is very difficult to make such an important decision because there is much uncertainty. Of course I have great love for the capital, Jerusalem, and that is a serious possibility for me, but I would like to also contribute to the community and strengthen a less central city, so I'm still thinking about it."In Hungary you were a member of the Jobbik party. Do you want to be in politics in Israel as well?"There is no doubt that I have the political bug. I closely follow politics in Israel, but I still have not considered joining a specific party. Right now, I am acting in the arena that I am familiar with, Hungary and Europe, in order to raise awareness on the issue of antisemitism and to work for the betterment of Israel, as a sort of compensation for the past. However, I have a lot of years of experience in politics and I would be happy to contribute my experience to Zionist organizations in Israel as well."Would you like to get closure by serving as a Knesset member in Israel?"As I said, I have a lot of political experience and I do not completely rule out entering politics, but in the initial stage I would like to continue to focus on my activities against antisemitism in Europe."What is the first thing you will do when you officially become an Israeli?"Professionally, I will immediately look for bodies and organizations with which I can coordinate in the fight against antisemitism, and I will of course seek to join the World Zionist Organization's extensive activities in Israel and abroad. Personally, I will visit Jerusalem and the Western Wall, and of course, I will go out to eat real Israeli food, falafel and hummus."WZO vice chairman-acting chairman Yaakov Hagoel, who organized the conference in Hungary, welcomed Szegedi's announcement and said that the WZO will assist his aliya process and help his family's absorption in Israel."Recently, it has been reported that 35% of the Hungarian population is antisemitic," Hagoel said. "This should turn on a red light for the Jewish community in Hungary and for all Diaspora Jews. In light of the grave nature of the situation in Hungary, there is no doubt that the story of Szegedi, who took an active part in incitement against Israel from within the Hungarian Parliament and now actively promotes its image to the world, serves as an inspiration."