Media reports have said the bombings and his son’s death were triggered by Menem’s decision to strengthen the country’s relations with the United States and Israel. 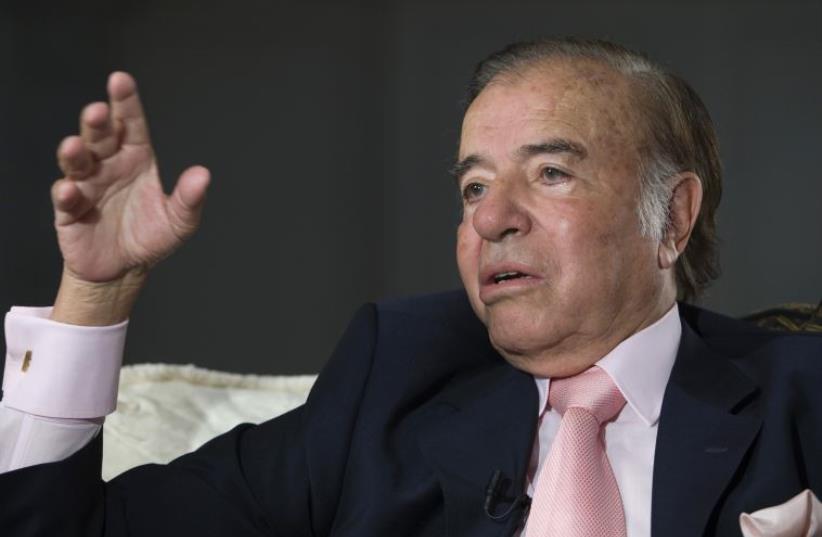 Former Argentine President Carlos Menem
(photo credit: REUTERS)
Advertisement
BUENOS AIRES, Argentina — Former Argentine President Carlos Menem told a federal judge that his son was killed in a terrorist attack by Hezbollah in 1995.Menem, 85, said Friday that it was the third attack on Argentina following the bombings in Buenos Aires of the Israeli Embassy in 1992 and the  AMIA Jewish center in 1994.“During my mandate as president of the nation there were three attacks. The first one, on the Israeli Embassy on March 18, 1992, the second struck the Asociación Mutual Israelita Argentina on July 18, 1994, and the third was in my own blood, ending the life of my son Carlos Menem Jr., on March 15, 1995,” Menem, currently a senator, said in written testimony before federal judge Carlos Villafuerte Ruzo who investigated the death, the state-run news agency Telam reported.Menem added that his foreign minister, Guido Di Tella, told him that foreign embassies informed the government that Hezbollah was behind his son’s death. Di Tella, who died in 2001, reportedly also advised Menem not to retaliate against Hezbollah or publicly denounce the terror group because such actions could be a risk to national safety.Nine months after the AMIA bombing, on March 15, 1995, a helicopter piloted by Menem’s son crashed under unknown circumstances. The attacks on Jewish sites and the helicopter crash all occurred while Menem was president. He was elected in 1989 and reelected for other four years in 1995. Argentine prosecutors believe Hezbollah and Iran were responsible for the embassy and AMIA attacks.Menem did not provide evidence to support his accusation against Hezbollah, nor did he answer questions from his former wife, Zulema Yoma, who believes their son was killed by “narcoterrorist” groups.It marked the first time that Menem has brought up such a hypothesis to the judge. Media reports have said the bombings and his son’s death were triggered by Menem’s decision to strengthen the country’s relations with the United States and Israel, and to withdraw support from the Arab community, which reportedly had backed his electoral campaign.The son of Syrians who immigrated to Argentina, Menem made the first official visit of an Argentine president to Israel two years after he was elected.