Barak also said that extremist elements within the current government were succeeding in lurching the country towards a one-state catastrophe. 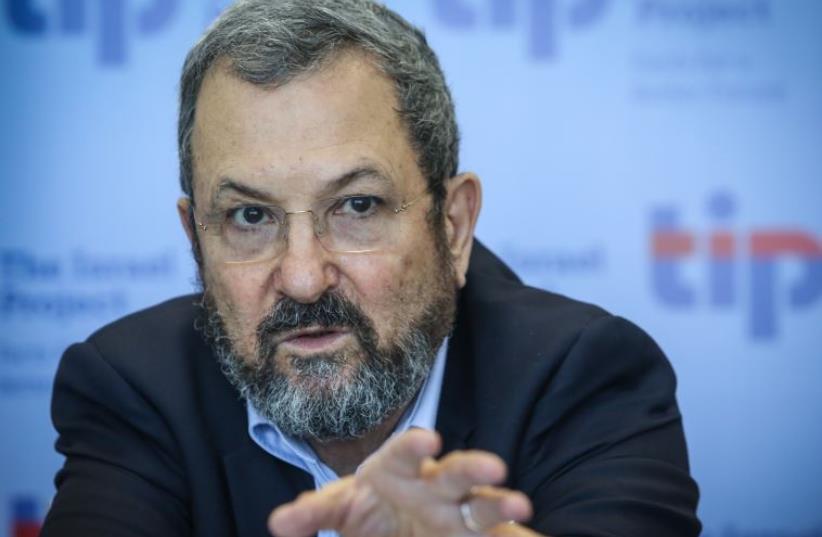 Ehud Barak
(photo credit: MARC ISRAEL SELLEM & FACEBOOK)
Advertisement
The true existential threat to Israel is not a belligerent enemy such as Iran, but rather domestic policies that have dragged the Jewish state toward an untenable future, former prime minister Ehud Barak said on CNN.A “one-state nation” undercuts “the very foundations of the Zionist dream and project,” he said in an interview with Christiane Amanpour on Wednesday.Barak continued by claiming that extremist members in the government are “interested basically in continuation, extrapolation of the present situation... which is a one-state, or headed toward a one-state solution, against all the declarations for the opposite.”He added that the Netanyahu government had “drifted into a mindset of pessimism, passivity, fear and victimhood,” which was leading Israel toward a bleak future.If Israel cannot arrive at an equitable solution, the country “will end up with one state from the Mediterranean to the River Jordan, with millions of Palestinians within it, which will make it inevitably either non-Jewish or nondemocratic,” he said.If those Palestinians can vote for the Knesset, Barak continued, “it will become bi-national state overnight and within a generation or so, [a] bi-national state with a Muslim majority and probably a civil war between its two different peoples.”Netanyahu’s spokesman David Keyes responded by saying on the same network that Netanyahu’s position in favor of a two-state solution was “abundantly clear,” and he has been saying it since he gave a speech on the matter at Bar-Ilan University in 2009.Keyes sad that Barak knows “all too well” that “the barrier to that two-state solution is not Israel, in fact it is the Palestinian Authority.” He said that when Barak offered Yasser Arafat “almost every single inch of the West Bank and the Gaza Strip, the answer he got was ‘no.’” Keyes said that this was the same answer that prime minister Ehud Olmert received after offering PA President Mahmoud Abbas a similar offer in 2008, “and it is the same rejectionism that we have seen from the Palestinian leadership going back decades.”Asked to respond to Barak’s claims that the security community in Israel is concerned that Israel is moving toward a one-state solution, Keyes said “there is a diverse array of opinions in the security establishment, and among the people of Israel. Prime Minister Netanyahu is the democratically elected leader of Israel, and the buck stops with him.”Barak also blasted Netanyahu for saying that Iran poses an existential threat comparable to that of the Nazis, saying this “cheapens the Holocaust.“With all respect, due respect to the Iranians – and I was probably more hawkish than Netanyahu about this issue – none of the threats that are described as the Hitler du jour is an existential threat to Israel anymore,” the former prime minister said.