Nine of the threats were sent or called in on Tuesday and the remaining five, affecting JCCs in Colorado, Delaware, Connecticut and Vancouver, Canada, took place Wednesday. 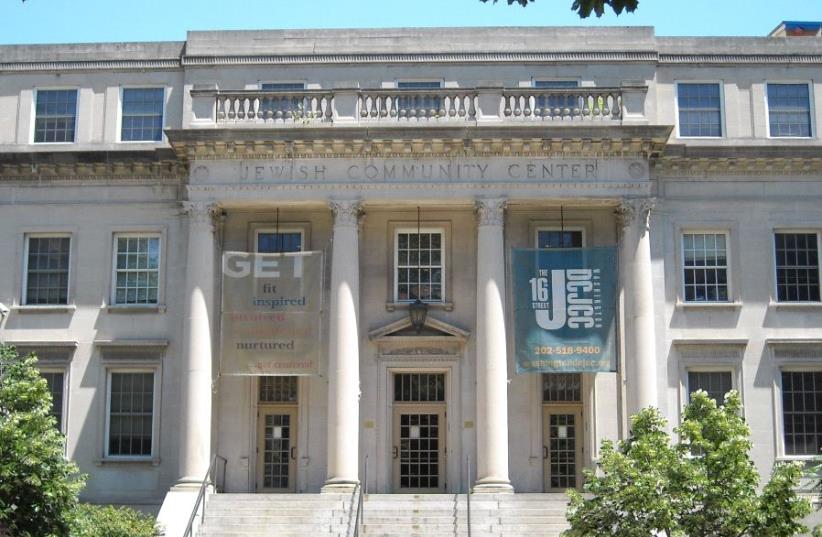 Washington DC Jewish Community Center
(photo credit: AGNOSTICPREACHERSKID/WIKIMEDIA)
Advertisement
NEW YORK – Fourteen Jewish community centers and Jewish day schools received emailed or phoned-in bomb threats in a sixth wave of such threats issued on Tuesday and Wednesday in six US states and one Canadian province.Nine of the threats were sent or called in on Tuesday and the remaining five, affecting centers in Colorado, Delaware, Connecticut and Vancouver, Canada, took place on Wednesday.In addition four offices of the Anti-Defamation League in Washington, New York, Atlanta and Boston were evacuated following similar incidents on Tuesday.The Jewish community center in Boulder, Colorado, sent an email to members shortly after 3 a.m. on Wednesday, notifying them of the threat and saying that law enforcement had given the center permission to resume operations.“We take the safety and security of our families, our community, and our staff as a top priority,” the email said, adding that “the continuation of these threats across the country to JCCs, other Jewish institutions, and the Boulder JCC is very disheartening.”For some centers affected on Tuesday and Wednesday, this wasn’t the first bomb threat they have received since the waves of threats began in January.This was the case in Delaware where the center has been targeted four times. Seth Katzen, CEO of the Jewish Federation of Delaware, which shares a building with the JCC, said he doesn’t know why they’ve been targeted so many times.“We haven’t seen that drop that other communities experienced,” Katzen told JTA on Wednesday. “We’re a resilient and strong community. We don’t want to give in.”But he added, “There is a wear and tear, no question.”In total, more than 100 bomb threats have been made against Jewish sites in 30 US states and two Canadian provinces since the beginning of the year.JTA contributed to this report.