"You are Jews, you have money," the attackers told the victims before beating them. 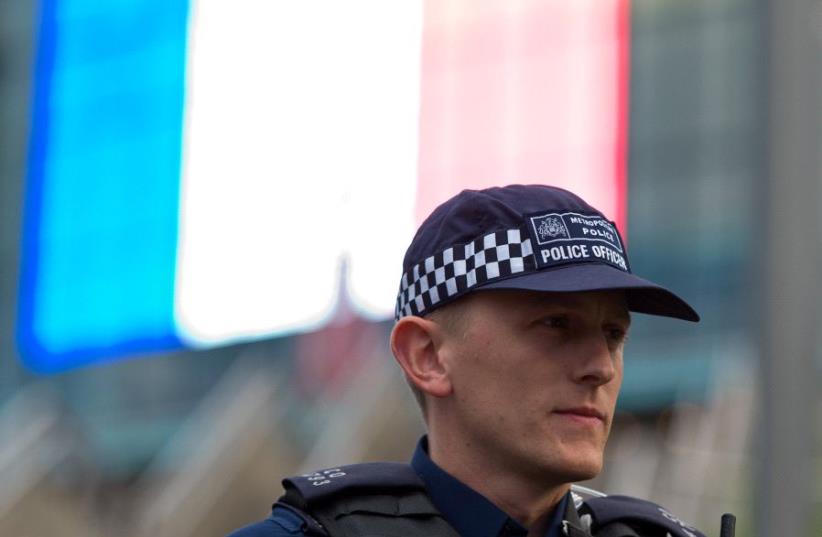 A French Police Officer
(photo credit: BEN PRUCHNIE/GETTY IMAGES)
Advertisement
A French-Jewish family on Thursday night was beaten and robbed in a home invasion in a suburb of Paris. ''You are Jews, you have money" the unidentified attackers told the three family members, reportedly well-known in their community, before brutally beating them while they were blockaded in their home. They told the victims that they were going to ''take money from the Jews to give to the poor.''The assailants stole jewelry in addition to the cash and credit cards they took from the family. The incident is being investigated by French authorities, who are looking into classifying it as a hate crime. They have said they will also look into charging those involved with extortion. On Sunday, the National Bureau for Vigilance Against Antisemitism (BNCVA) condemned the attack, calling the ''manifestly antisemitic'' attack ''premeditated.''The Representative Council of Jewish Institutions in France (Crif) joined the BNCVA in denouncing the attack, which they termed ''very violent.'' The president of Crif, Francis Kalifat, said that the ''odious attack'' is ''proof  - as if any were needed- that Jews in France are particularly threatened in the streets and, even more disturbingly, in their homes.'' ''After the atrocious murder of Sarah Halimi in her home, this new aggression must compel the authorities in our country to be more vigilant.''Earlier this year, Sarah Halimi, a 65-year-old Parisian Jew, was murdered by her neighbor, Kada Traore, a Muslim native of Mali. Following the attack, Traore plead insanity and was hospitalized. He remains in an institution where prosecutors are awaiting a clinical decision as to whether his insanity claims are legitimate. As such, he has not been charged. The incident is not being investigated as a hate crime. While antisemitic attacks dropped by 61% in France in 2016, they have by no means come to a full stop. In January of 2015, a kosher supermarket in the Parisian suburb of Vincennes was targeted by a gunman who shot and killed 4 people. In similar attacks in 2015 and 2016, Jewish men were stabbed in the southern city of Marseille by individuals who claimed to be affiliated with ISIS. In August 2016, a Jewish man was stabbed in the eastern city of Strasbourg.