Bensoussan, a scholar on the Holocaust and one of the world’s leading historians on Jewish communities in Arab territories, was put on trial in December. 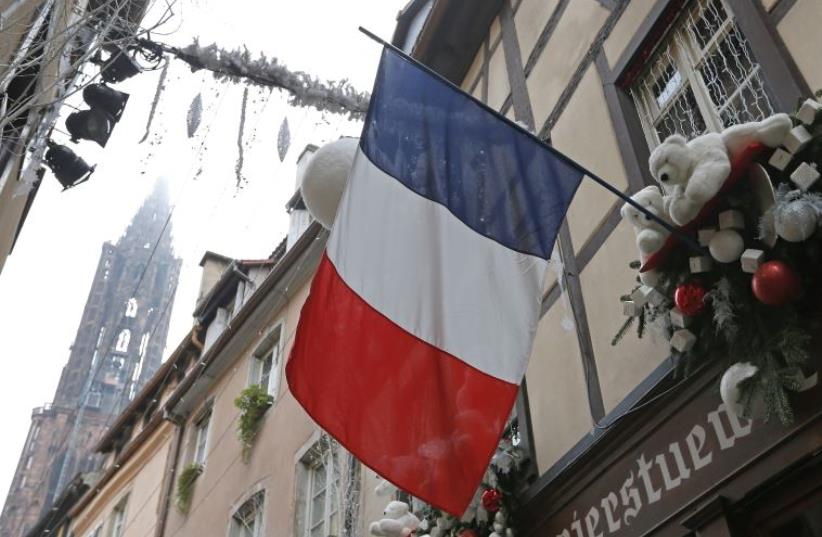 A French flag hangs from a window of a restaurant decorated for Christmas holiday season in Strasbourg, France
(photo credit: REUTERS)
Advertisement
A French court acquitted the Jewish historian Georges Bensoussan of hate speech charges over his assertion that Arabs receive anti-Semitism with their “mother’s milk.”The 17th Criminal Tribunal of Paris acquitted Bensoussan on Tuesday, the AFP news agency reported, ending a polarizing trial that observers regarded as a significant test case for determining the boundaries of academic freedom amid growing inter-ethnic tensions.Bensoussan, a scholar on the Holocaust and one of the world’s leading historians on Jewish communities in Arab territories, was put on trial in December after a Muslim lobby group and a French human rights organization that was founded by Jews in the 1920s initiated a criminal lawsuit against him for the statement he made during an interview for a radio station in 2012.The reference to mother’s milk was in a paraphrased quote that Bensoussan attributed to Smain Laacher, a non-Jewish French filmmaker whose family originates from North Africa. In reality, Laacher had said in an interview that for many Arab families, anti-Semitism is in “the air that one breathes.”Leading French scholars dismissed the lawsuits against Bensoussan as an attempt at “intimidation” in a statement in December.The judges of the 17th Criminal Tribunal of Paris in their ruling said the plaintiffs failed to substantiate the hate speech charges and concluded that Bensoussan merely “misspoke” in quoting Laacher without intention to incite hatred, the AFP news agency reported.