Rep. Hank Johnson spoke Monday at a Philadelphia event organized by the US Campaign to End the Israeli Occupation. 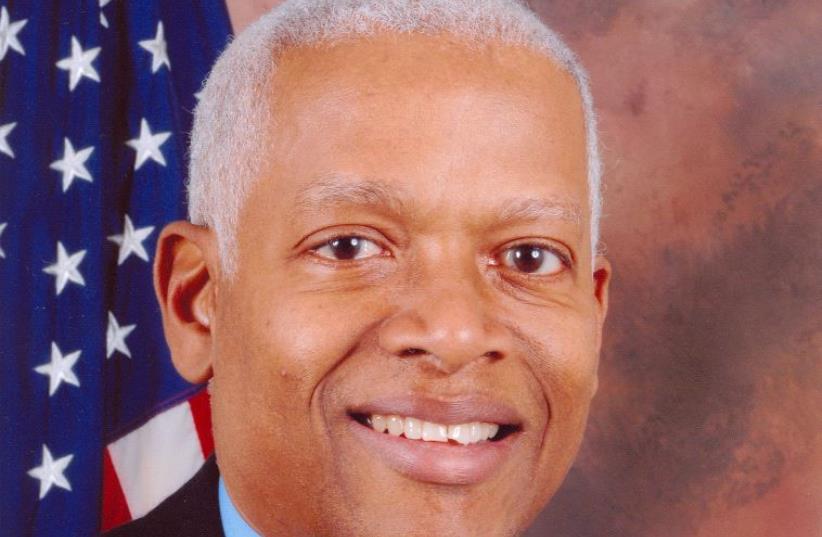 Rep. Hank Johnson
(photo credit: US HOUSE OF REPRESENTATIVES)
Advertisement
PHILADELPHIA — A Georgia Democratic congressman said he used a “poor choice of words” in calling West Bank settlers “termites” at an event near his party’s national convention in Philadelphia.“There has been a steady [stream], almost like termites can get into a residence and eat before you know that you’ve been eaten up and you fall in on yourself, there has been settlement activity that has marched forward with impunity and at an ever increasing rate to the point where it has become alarming,” Rep. Hank Johnson said Monday at an event organized by the US Campaign to End the Israeli Occupation.The Washington Free Beacon, a news website, first reported the remarks. Special interest groups traditionally run events in and around both parties’ conventions. The Democrats’ convention runs through Thursday.The Atlanta Journal Constitution picked up the report, and the Anti-Defamation League went on Twitter calling on Johnson to apologize.“Poor choice of words – apologies for offense,” Johnson said. “Point is settlement activity continues slowly undermine 2-state solution.”The ADL replied that it “appreciated” the clarification, but the National Jewish Democratic Council said the apology fell short.“@RepHankJohnson, To refer to Jews as “termites” is deeply offensive and dehumanizing,” NJDC said on Twitter. “Not just a ‘poor choice of words.’ It’s dangerous.”