The eight suspects had worked at the Nazis' Stutthoff concentration camp near what is now Gdansk in Poland. 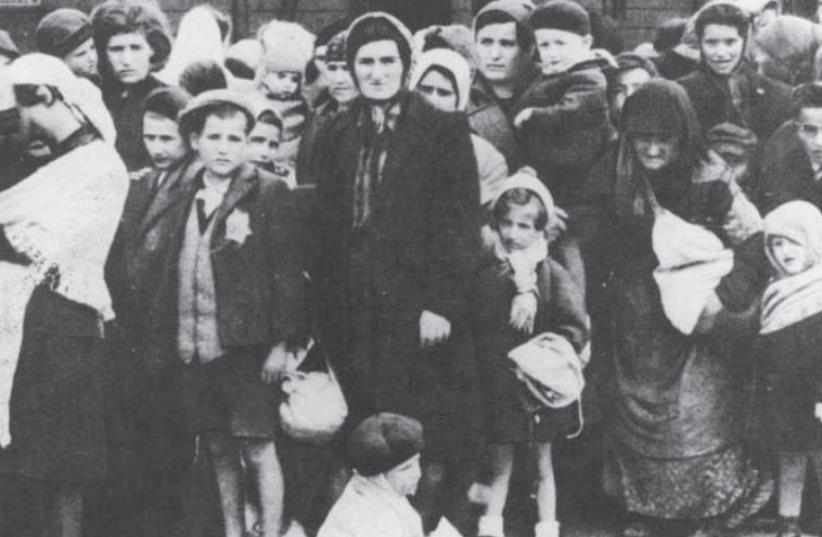 Hungarian Jews arrive in Auschwitz-Birkenau
(photo credit: Wikimedia Commons)
Advertisement
BERLIN - Germany's top Nazi hunter has identified four men and four women suspected of serving as guards, secretaries and telephone operators at a concentration camp near Gdansk, and prosecutors will examine if they can be charged as accomplices to murder.Jens Rommel, the head of Germany's Central Office for the Investigation of Nazi Crimes in Ludwigsburg, told news agency DPA the eight cases of elderly suspects alive and in Germany was forwarded to prosecutors across the country.The eight suspects had worked at the Nazis' Stutthoff concentration camp near what is now Gdansk in Poland. The office in Ludwigsburg does not prosecute cases itself but instead has been collecting information for state prosecutors for decades.Ageing suspects, most of whom deny guilt, are growing frail more than 70 years after the end of World War Two, making the race to prosecute them all the more pressing."Germany's commitment to identifying more former Nazi camp guards is encouraging," Ronald Lauder, president of the World Jewish Congress, said in a statement."Given the vast system of concentration and extermination camps put in place by the Nazis, and the number of personnel needed to run and guard these sites, it comes as no surprise that a few of these perpetrators are still alive, even today."Germany's state justice ministers last year gave Rommel's office up to 10 more years to continue its investigative work, before it is turned into a documentation center.The 2011 conviction of Sobibor death camp guard John Demjanjuk gave the office in Ludwigsburg new legal territory to explore. It was the first time that involvement in a death camp was seen as sufficient grounds for culpability even without proof of a specific crime.