Comments including “Make America Jewish Again” punctuated by yellow stars of David and “Ban Jews” appeared on the feed. 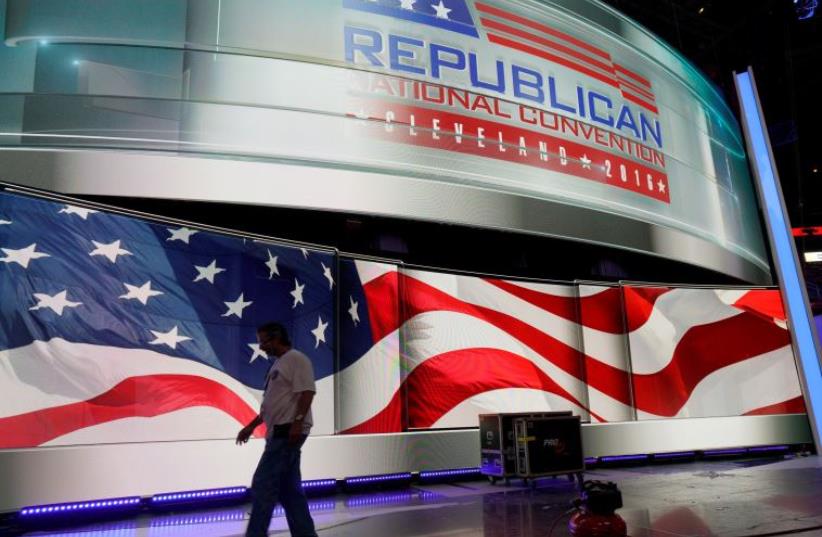 The stage of the Republican National Convention at the Quicken Loans Arena in Cleveland July 13, 2016
(photo credit: REUTERS)
Advertisement
The Republican National Convention shut down comments on its YouTube livestream after anti-Semitic abuse appeared during a speech by Linda Lingle, the Jewish former governor of Hawaii.Comments including “Make America Jewish Again” punctuated by yellow stars of David and “Ban Jews” appeared on the feed, the liberal news website Raw Story reported. The reference was to presumptive nominee Donald Trump’s campaign theme to “Make America Great Again.”Lingle, Hawaii’s governor from 2002 to 2010, and now the chief operating officer of Illinois, dedicated much of her speech on Monday to claiming that Republicans have become more reliable friends to Israel than Democrats.JTA has requested comment from the convention.