Granddaughter of Holocaust survivor learns her grandmother was a spy

She also found that she had qualified for the 1936 Berlin Olympics, swimming with the Hungarian squad - though her parents refused to let her go to Germany. 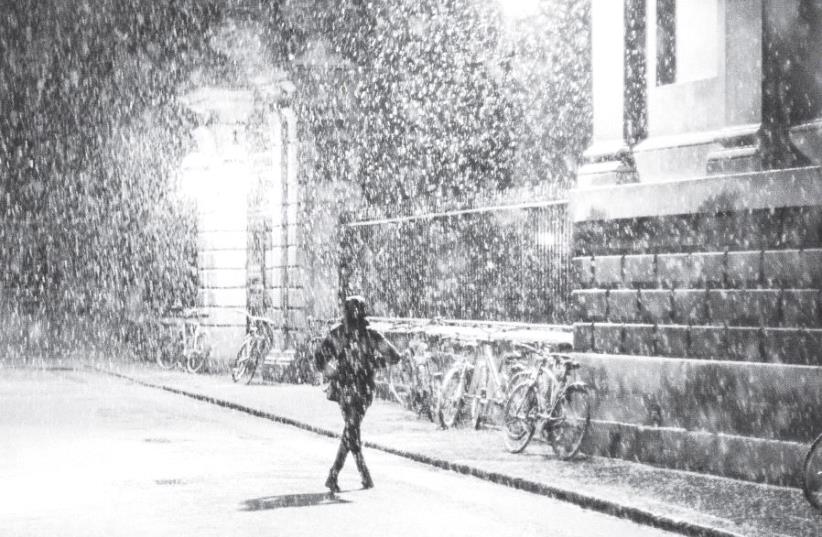 A Jewish family on the run in the ’50s heads from Hungary to Vienna, Paris, then finally Canada
(photo credit: PIXABAY)
Advertisement
The granddaughter of a Holocaust survivor found that her grandmother was a spy during World War II, after taking a trip down memory lane through her belongings, according to the New York Post.The story the granddaughter, Enid Zentelis, knew up until that moment was that her grandmother, Bella Vital-Tihanyi, had been reported for being a Jew by one of her neighbors in Hungary and after spending a few months in a prison in Budapest, she was released with the help of falsified papers claiming she was a Swedish citizen.After going through Vital-Tihanyi's belongings, she came across a letter from the wartime Allied Control Commission that thanked Allied Control Commission that thanked her for her “highly confidential work … at great risk to yourself" as part of the British Special Operations, according to the report.“Had my grandmother been a spy? I needed to know what this letter meant,” Zentelis told the Post.That day, Zentelis began what would eventually be a four-year investigation into her grandmother's shadowed past and her role during the war. The investigation consisted of sifting through countless hours of expert interviews, national archives, relatives and her grandmother's unpublished memoir.Upon a visit to the British National Archives in London, Zentilis found Vital-Tihanyi listed as a collaborator and/or helper of the Special Operations Executive, which ran espionage missions during the war.She also found that she had qualified for the 1936 Berlin Olympics, swimming with the Hungarian squad - though her parents refused to let her go.According to the Post, considering college was impossible for a Jew in Hungary to attend, the opportunity came to partner up with her older brother, who served as a postal clerk, to intercept messages of importance and relay the back to British intelligence authorities.They would track German positions after intercepting the audio telegrams, pinpointing the location for intelligence officials.“He would acquire the information and [Vital-Tihanyi] would code,” Zentelis told the Post.Within the report, Zentelis states that the duo compiled information that the then-German Chancellor Adolf Hitler was going to break the non-aggression pact with Russian leader Joseph Stalin.“Theirs was one of a handful of intelligence tips about this at the time,” Zentelis said. “This changed the course of the war. Their intelligence was highly valued after that point.”After the war, Bella moved to Belgium, where she settled down with her partner. She frequently visited the US to visit her family after moving to Corsica in the 1960s, up until her death in 1998.“I believe she helped to make this a kinder, more just world," Zentelis said in the report.