Investigation launched into discovery at German research institute of dozens of anatomical remains believe to be from victims of Nazis, according to Army Radio. 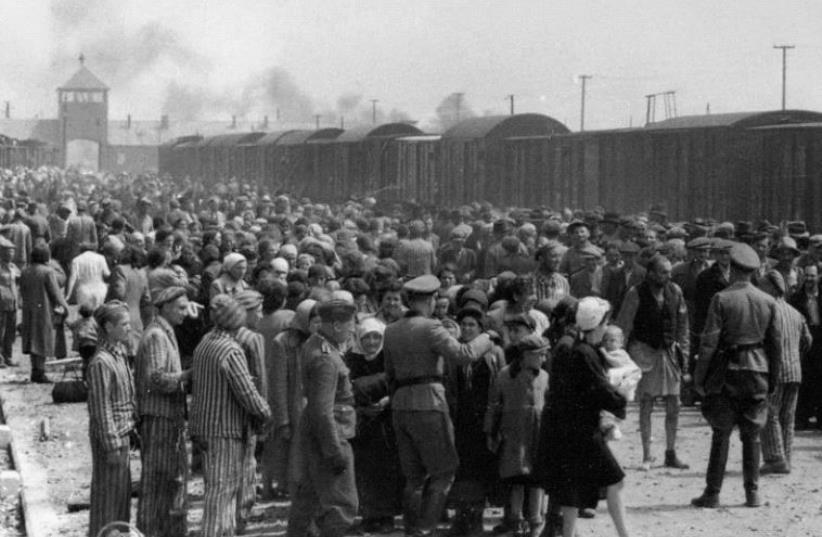 Selection of Hungarian Jews on the ramp at the death camp Auschwitz-II (Birkenau) in Poland during German occupation, May/June 1944
(photo credit: WIKIMEDIA)
Advertisement
Amid recent construction efforts at a branch of a German research institute in Munich, dozens of anatomical parts were uncovered dating back to the WWII era, Army Radio reported Wednesday. According to the report, the mostly brain and brain parts found in the building were remains from those murdered in Nazi human experiments, which were inhumanely conducted on prisoners including children, the mentally ill and people with disabilities during the Holocaust. The remains were found at a branch of Munich's Max Planck Institute, which was originally founded as the Kaiser Wilhelm Institute that was strongly associated with Nazi theories of racial eugenics. The institute regularly received human body parts from Nazi members such as the infamous Auschwitz physician Josef Mengele.According to the radio report, the Yad Vashem World Center for Holocaust Research, Documentation, Education and Commemoration had not been previously aware of the remains stored at the institute.An investigative committee established to review the recent findings have been trying to identify the victims. The task of sorting and identifying the remains before burring them in a mass grave - as has been done with similar samples found in previous years - could take months, if not years, according to Army Radio.At Germany's Max Planck Institute, where the brain remnants were found, it was reportedly believed that all samples taken from victims of the Nazi regime had been located and buried in the 1990s. However, the discovery some seven decades after the horrors of the Holocaust appears to disprove this belief. According to the German institute, the anatomical samples were likely linked to Nazi physician and neuroscientist Julius Hallervorden. Hallervorden became the head of the Neuropathology Department of the Kaiser Wilhelm Institute for Brain Research in 1938.Army Radio cited a German statement published on the Max Planck Institute's website that read: "We are ashamed of these findings, and shocked by the findings in the archive.""We will update the public of any additional information to maximize transparency" on the matter, the announcement added.