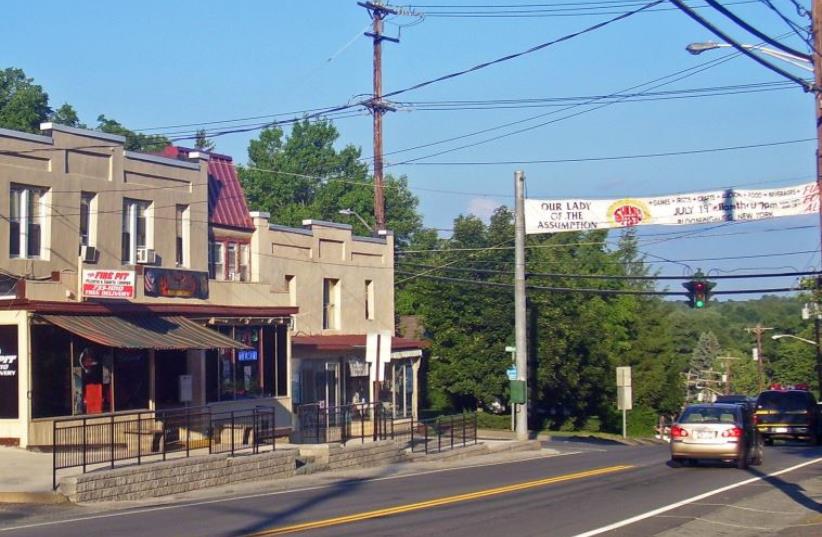 Bloomingburg, New York
(photo credit: WIKIMEDIA COMMONS/DANIEL CASE)
Advertisement
NEW YORK - A federal judge ordered two New York municipalities in the Catskills foothills to face a lawsuit accusing them of discriminating against hassidic Jews by trying to stop them from moving in.US District Judge Katherine Forrest said Bloomingburg, a village in Sullivan County with about 400 residents, must face claims by the developer of a 396-unit townhouse complex that it violated federal civil rights and fair housing laws by trying to stop the project, which has been marketed in English- and Yiddish-language newspapers.The Manhattan judge also said Mamakating, a town of 12,000 of which Bloomingburg is a part, must face claims it improperly blocked the conversion of a property into a mikveh, a bath used by hassidic Jews for ritual immersion and purification.Forrest also ordered local officials in both municipalities to face various claims.The lawsuit portrays an effort by "political allies" and the municipalities they control "to engage in a pervasive and wide-ranging scheme to keep hassidic Jews out of Bloomingburg," the judge wrote in a 56-page decision.Forrest dismissed claims alleging discriminatory building code enforcement, saying the plaintiffs lacked standing because they did not show injuries, and over a blocked construction of a hassidic school.The lawsuit sought $25 million, plus other remedies.Some hassidic families have moved north of New York City, including to the Kiryas Joel village in Monroe, as tight housing supply pushes home prices higher in the Brooklyn, New York neighborhoods where they have long had a presence.Steven Engel, a lawyer for the plaintiffs, said: "We're pleased that the court sustained our claims against the town and village, and we look forward to our day in court."Jody Cross, a lawyer for the defendants, declined immediate comment, and said her clients are reviewing the decision.In court papers, various defendants said the lawsuit tried to create an illusion that they broke the law by transforming their "legitimate governmental actions" into "acts of religious animus." Individual government officials also said they were entitled to immunity for their decision-making.The case is Bloomingburg Jewish Education Center et al v. Bloomingburg et al, US District Court, Southern District of New York, No. 14-07250.