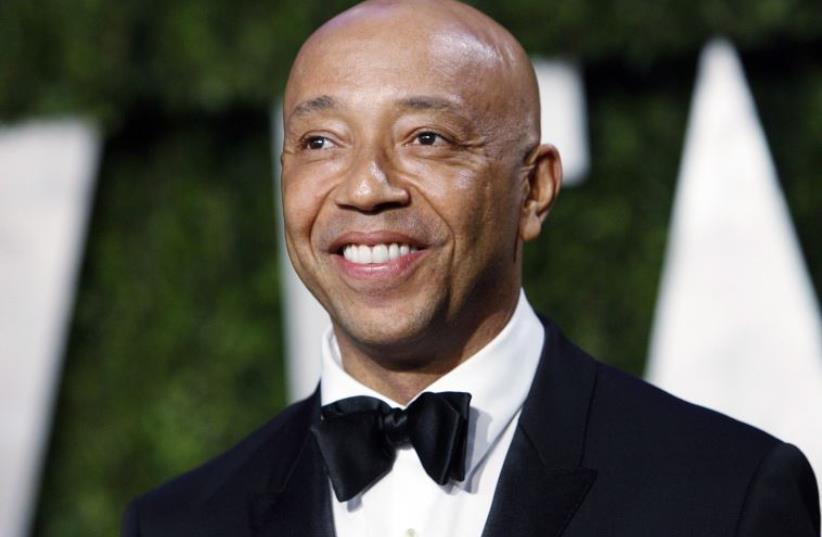 Def Jam co-founder Russell Simmons arrives at the 2010 Vanity Fair Oscar party
(photo credit: REUTERS/DANNY MOLOSHOK)
Advertisement
PASADENA, California – “It’s hard to protect your own rights if you don’t fight for the rights of others,” hip-hop mogul Russell Simmons told a session on anti-Semitism and Islamophobia at the West Cost Limmud FSU Saturday night.Simmons, together with Rabbi Marc Schneier of the Hampton Synagogue, spoke on a panel called “Fighting for the other” at the weekend conference, which saw 750 Russian-speaking Jews from all over California participate in a weekend of learning and cultural activities.Simmons said that fighting Islamophobia is not only a “good spiritual effort for each individual,” but for Jews, has “the fringe benefit of it, ‘Look what they’re doing for our community,’ and vice versa."“You have so many imams that marched in France,” Simmons continued, “marching and holding signs against anti-Semitism and there was a huge number of people following these imams. This is the kind of collaboration we fought for, its coming to fruition, that’s the real healing we’re looking for.”Schneier is the president of the Foundation for Ethnic Understanding and Simmons is one of its chairman; the organization is active in over 20 countries in supporting cross-cultural communication between Muslim and Jewish religious leaders.While Schneier is an Orthodox rabbi, Simmons – a self-described Christian-yogi, vegan and animal rights activist – said fighting Islamophobia is to fight anti-Semitism at the same time.“To have African-Americans stand up and fight against anti-Semitism because we know you’re first, or they’re next or we’re next. If you allow this to happen to another community, then it’s hard to protect your own rights if you don’t fight for the rights of others.”The two touched on the Israeli- Palestinian conflict, stressing their belief in dialogue and reconciliation. Schneier said, “The question is if, not when, the Israelis and Palestinians come to a dialogue, we are concerned how the two people can live side by side.”Simmons added that reaching out to celebrities and showing them the positive sides of Israel is another front in the battle against cultural boycotts of Israel. “The way we fight someone who wants to boycott our way is to reach out – as I did for Alicia Keys and she’s a supporter – reach out, speak to them, present the truth, in a way that, how can they call it apartheid?” Schneier and Simmons have been working together for over a decade to build cooperation and relations between the Black and Jewish communities.They first came together after the 1991 Crown Heights Riots, which saw three days of violence between the Black and Orthodox Jewish residents of the neighborhood.Among other things the two discussed were the upcoming American elections. Simmons said, “Donald Trump’s statements speak to a very low level in the American mindset, the fear he’s promoting, in my opinion, is hurtful and scary, it may not come to much.”He gave a cheerful endorsement of Sanders, although wasn’t too convinced that the Vermont senator would make it to the White House.“We’re not going to have Trump,” Simmons emphasized.“He’ll say if it was England next door I’d build a wall, I shouldn’t say it too loud he might take the idea.”The writer was a guest of Limmud FSU.