Rosensaft is the child of survivors as well as the founder of the International Network of Children of Jewish Holocaust Survivors. 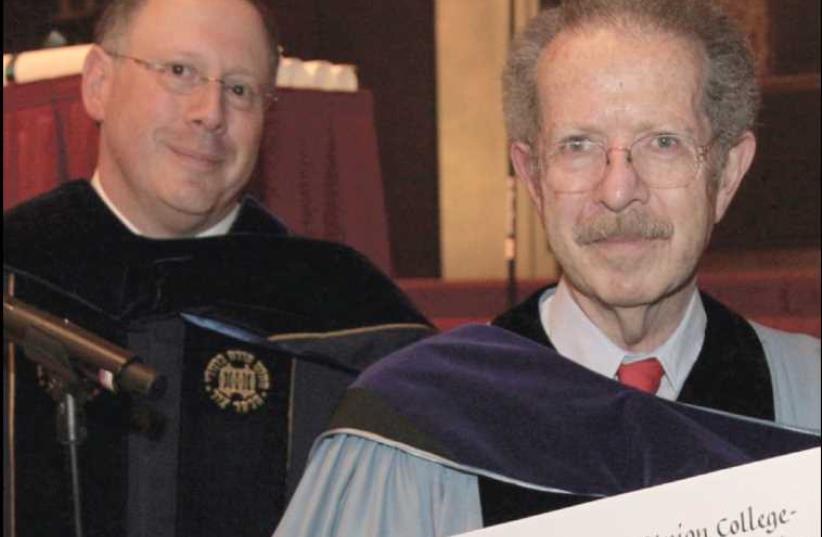 Menachem Rosensaft (right) receives his prize from Rabbi Aaron Panken, president of Hebrew Union College-Jewish Institute of Religion, in New York
(photo credit: RICHARD LOBELL)
Advertisement
Menachem Rosensaft, a prominent advocate for Holocaust survivors, was awarded the Dr. Bernard Heller Prize by the Hebrew Union College- Jewish Institute of Religion in recognition of his decades of work on behalf of the Jewish community.He received the award at HUC-JIR’s graduation ceremonies on Thursday at Congregation Emanu-El in New York.An instructor on the laws relating to genocide at the Columbia and Cornell law schools, Rosensaft is the child of survivors as well as the founder of the International Network of Children of Jewish Holocaust Survivors. He currently serves as both general counsel of the World Jewish Congress and senior vice president of the American Gathering of Jewish Holocaust Survivors and Their Descendants. 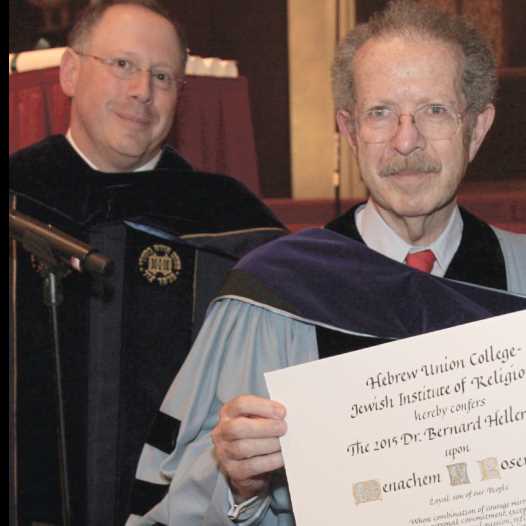 In 1985, Rosensaft led a protest at the Bergen Belsen death camp against a visit by Ronald Reagan due to the American president also stopping at a German military cemetery on the same day, creating what Jewish activists saw as a moral equivalence between the victims and perpetrators of the Holocaust.Rosensaft is one of several Jewish leaders who met with PLO head Yasser Arafat in 1988, which led to the group making the statement that it “accepted the existence of Israel as a state in the region.”“It is an incredible honor for me to receive this prestigious award which was previously given to individuals such as Nazi hunter Serge Klarsfeld, ambassador Stuart Eizenstat and president Shimon Peres,” Rosensaft told the The Jerusalem Post.“However, for me personally, the fact that this award was given posthumously to Count Folke Bernadotte, who as head of the Swedish Red Cross rescued thousands of concentration camp inmates during the final month of the Holocaust and then brought about 6,000 critically ill survivors of Bergen Belsen to Sweden immediately after the end of the war, makes receiving this award especially meaningful to me.”