Krasa was part of the Theresienstadt chorus, which was forced to sing for Nazis at the Czech concentration camp. 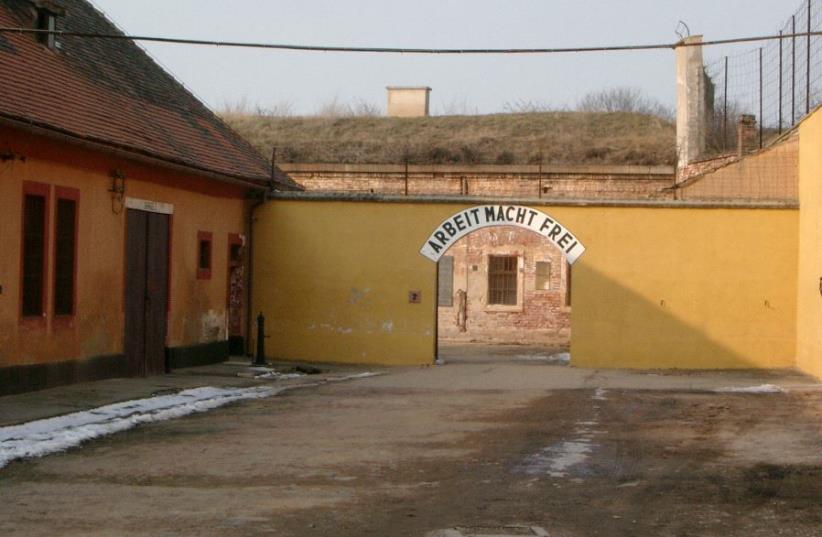 A picture taken inside Theresienstadt Concentration Camp, also known as Terezin
(photo credit: JEFFR_TRAVEL / WIKIMEDIA COMMONS)
Advertisement
BOSTON  — Edgar Krasa, a Holocaust survivor who sang in the Theresienstadt concentration camp’s chorus, has died.His death Monday was confirmed by a spokesperson for the Defiant Requiem Foundation, which performs the music created by inmates at Theresienstadt (also known as Terezin). Krasa, who had moved to Boston with his family in the 1960s, was 95.The Theresienstadt chorus was led by the Czech-born composer Rafael Schachter, who was Krasa’s bunkmate. In June 1944, the chorus performed Verdi’s “Requiem”  before an audience that included high-ranking Nazi officials and a small number of representatives from the Danish Red Cross and the International Red Cross.“Edgar provided living testimony to the extraordinary events that unfolded in Rafael Schachter’s choir at Terezin,” said Murry Sidlin, the foundation’s president and creative director. “He was my first teacher and we owe a great deal to him. We will miss him terribly and his indomitable spirit lives on in each of us and inspires our work every day.”Krasa, a native of Czechoslovakia, was sent with his family from their home in Prague to Thereseinstadt, where the young Krasa worked as a cook. He also survived Auschwitz, slave labor and a death march.In the 1950s, after multiple attempts to flee Prague, he and his late wife, Hannah, also a survivor of Theresienstadt, made their way to Israel, where they lived for about a decade. Krasa established the new nation’s first culinary school.In Boston, Krasa served as the food services director for the Hebrew Rehabilitation Center.Krasa and other surviving members of the chorus were interviewed in the 2012 documentary “Defiant Requiem.” An April 2015 performance of “Defiant Requiem” led by Sidlin at Boston’s Symphony Hall was dedicated to Krasa and his wife, who had died only two weeks earlier. Krasa was in the audience as his sons and grandson joined the Orchestra of Terezin Remembrance and the acclaimed Tanglewood Festival Chorus.