Once a week, Gerhard Baader arrives to temporary shelters housing migrants in Berlin and teaches German to refugees from Syria, Iraq and Afghanistan. 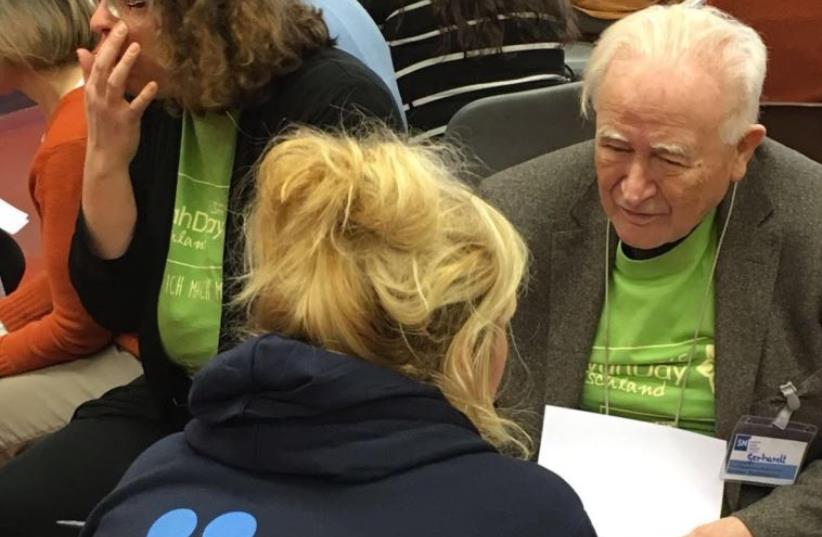 Gerhard Baader seen on the right
(photo credit: ISRAAID)
Advertisement
A Holocaust survivor in Berlin has joined an Israeli humanitarian aid organization's program training German Jewish volunteers to help Middle Eastern refugees integrate into the European society. Gerhard Baader attends joined IsraAID's Psycho-Social Support (PSS) training program, which provides tools on how to better deal with the influx of refugees. Once a week, Baader arrives to temporary shelters housing migrants in the German capital and teaches the German language to refugees from Syria, Iraq and Afghanistan. 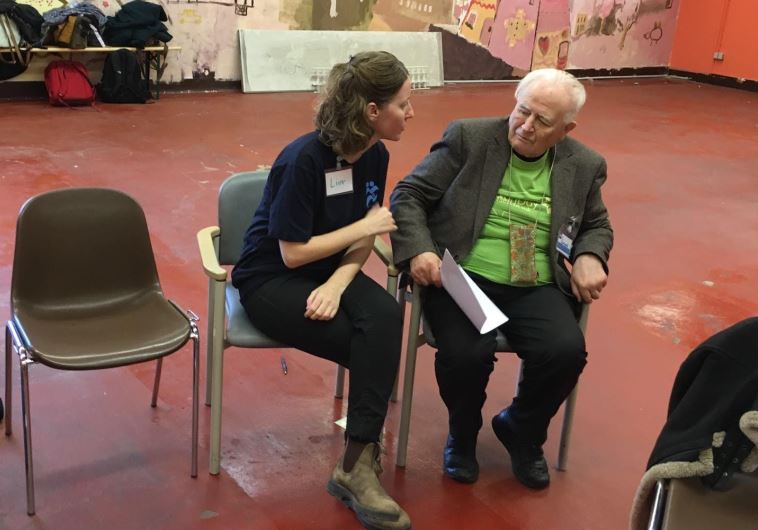 (Gerhard Baader pictured on the right. Credit: IsraAID)The organization's programs also train local government officials and local and national NGOs on trauma and psyco-social care. "Our main goal is to help both the Jewish community and the general German public better understand on how to handle this current crisis without letting it escalate all the while building bridges and offer trauma care to the refugees," IsraAID said in a statement Tuesday.
Advertisement
Subscribe for our daily newsletter