After a lifetime believing their entire family perished, two siblings found they have over 500 relatives.

By TAMARA ZIEVE
AUGUST 1, 2017 18:23
Members of the Kukla family, reunited
(photo credit: Courtesy)
Advertisement
A brother and sister who thought they and their offspring were their family’s sole living descendants of Holocaust survivors have recently discovered that they have 500 relatives.Their story was shared on Tuesday by MyHeritage, a startup that provides tools for building family trees and locating relatives. The company played a crucial role in uniting the large family.Israeli siblings Alex Kafri, 71, and Dorit Yarom, 68, were never acquainted with any relatives outside their immediate family.“We knew everything about my mother’s side of the family; I grew up with the knowledge that her siblings and uncles and aunts died in the Holocaust,” Kafri said.
He recalled his mother’s numerous trips to the Yad Vashem Holocaust Memorial Museum to commemorate her family and to search for information about relatives. “But all my life, we had a lot of questions about our father’s side of the family. He never wanted to talk about his family,” Kafri explained.His mother had fled to Israel from Germany before the Holocaust, and his father had been among the first pioneers in Israel from Lithuania. Both passed away years ago.Kafri spent over a decade searching for relatives on his father’s side, but the task proved difficult as his father had informally changed his family name from Kukla to Kafri when he moved to Israel from Lithuania. Kafri was unaware of this name change as well as the fact that his father had a middle name, Yitzhak. Additionally, the name of his father’s place of birth had changed from Kovno to Kaunus.On the eve of Holocaust Remembrance Day, Kafri’s daughter alerted him to a Facebook post written by a man connected to the Kukla family, who described how, through MyHeritage, his relatives had tracked him and welcomed him into their large family. Similar to Kafri, he too had thought his entire family had perished in the Holocaust.Ziv Melamud, who wrote the post, works in the police force. “My daughter works for the police, too, and she saw the post, immediately called me and sent me the post – it was a coincidence from above,” Kafri told The Jerusalem Post on Tuesday, remarking that the chain of events showed him one must never lose hope.Kafri commented on the post that he was also a descendant of the Kukla family and was looking for relatives. That evening, Aliza Godfrey from Seattle and Ian Levine from London, both of whom manage the Kukla family tree, called Kafri, who gave them the limited information he had about his family.The Kukla lineage project began over 20 years ago, revealing information about 10 siblings who had produced hundreds of offspring.The family held a massive reunion in London in July, with all 500 attending from 15 different countries. Kafri was among them and described the occasion as “very special.” 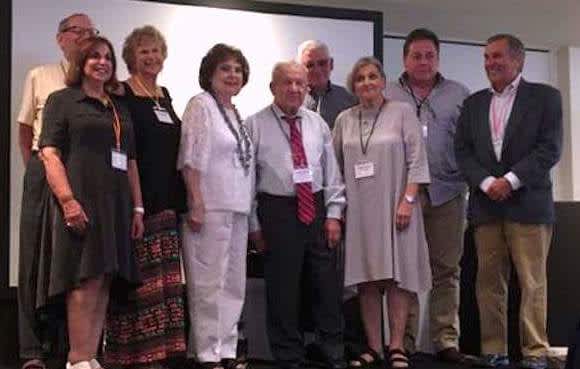 “My guess is that my father did not want to talk about his family because of a guilty conscience that he could not help his parents flee from the Holocaust; I think he harbored feelings of guilt about their fate because he abandoned them,” Kafri reflected. His father moved to Israel in 1920 at the age of 20, one of the Achva group of pioneers from Lithuania.“According to historical information I read about the group, I understood that parents of the youths were vehemently opposed to their immigration to Israel. Some parents in Lithuania sat shiva [mourning period] for their children who had moved to Israel. Perhaps it also hurt him that he did not part with his parents on good terms before their bitter end,” Kafri added.