Honoring the departed Jews of The Hague

After Amsterdam, The Hague witnessed the largest deportation of Jews from the Netherlands.

By EMILY BOULTER
JANUARY 13, 2018 05:42
Anat Ratzabi, the artist, working on the monument to the murdered Jews of The Hague
(photo credit: PIET GISPEN PHOTOGRAPHY/THE HAGUE)
Advertisement
Over the years, as the seat of the Dutch government, The Hague’s prestigious legal institutions have helped draw attention to some of the world’s worst human rights atrocities. Yet seventy years ago, this city witnessed its own humanitarian tragedy when between 1942 to 1943 an estimated 14,000 Jewish residents were deported. Only two thousand survived, mostly by going into hiding. After Amsterdam, The Hague witnessed the largest deportation of Jews from the Netherlands.On January 28, the city is due to officially recognize this dark episode by unveiling its own Holocaust memorial to pay its respects to the thousands that were murdered. The construction of this memorial was driven by the efforts of The Hague’s Jewish Monument Foundation. The launch date will coincide with the International Holocaust Remembrance Day and marks an occasion that is long overdue in the eyes of many in the local Jewish community and The Hague municipality. 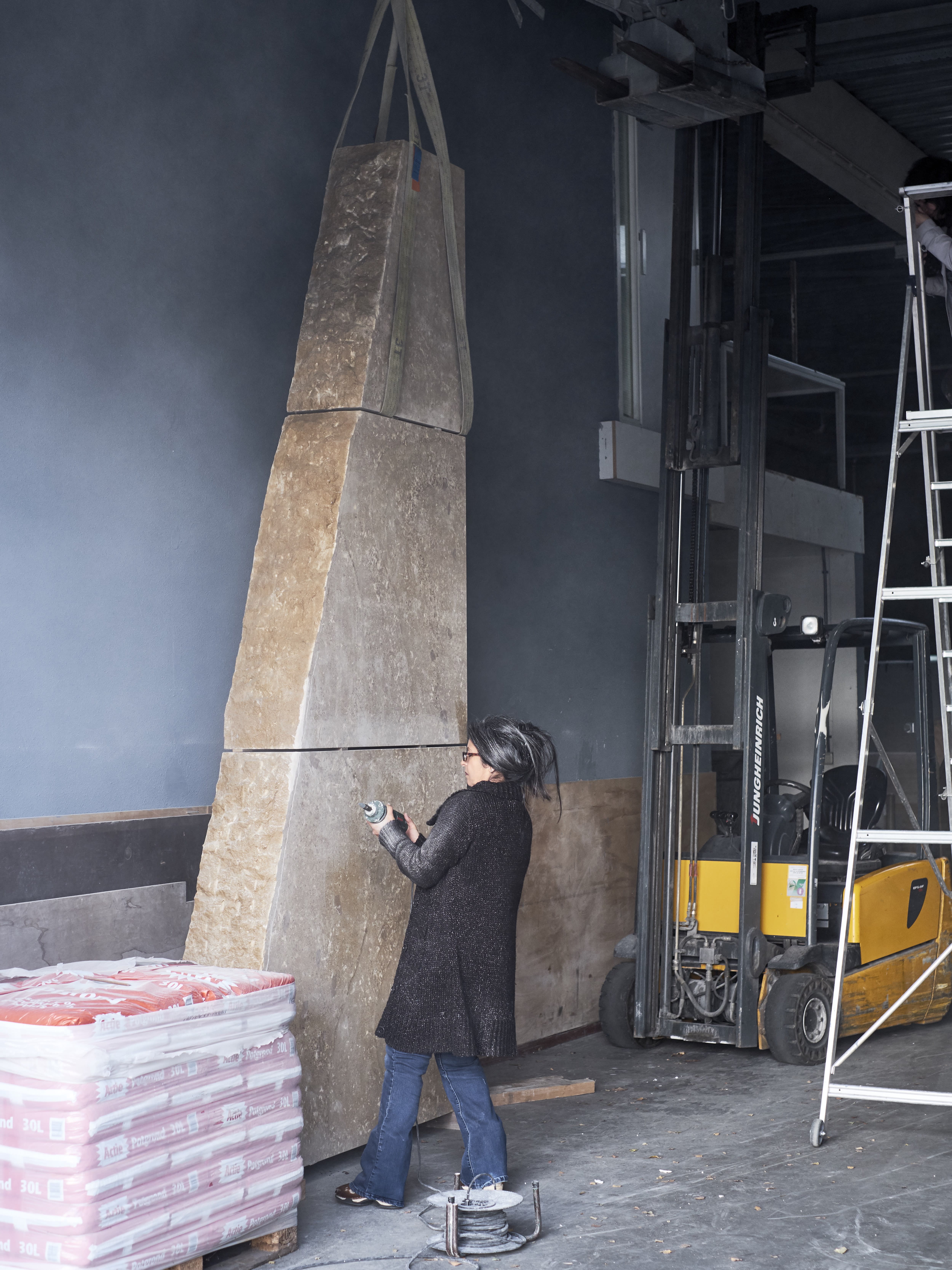 Anat Ratzabi, the artist, working on the monument to the murdered Jews of The Hague (PIET GISPEN PHOTOGRAPHY/THE HAGUE)In 2013 the Foundation offered the commission to the international Israeli-born artist Anat Ratzabi. The idea was to develop a concept for a monument that would be placed in Rabbijn Maarsenplein, which was once the center of the Jewish quarter. Ratzabi, who is of Yemeni origins, grew up in Petah Tikvah and spent her military service working in book publishing, before traveling extensively around the world. A self-described artist at heart and a nomad, she eventually settled in the Netherlands.From an early age Ratzabi possessed a natural disposition to learn, explore and create, which later developed into a prominent career. It was not long before she began producing sculptures and commissions for private collectors, as well as for The Hague municipality. Ratzabi was deeply honored to be given the task of creating a Holocaust memorial: “It is important, and carries tremendous responsibility to serve the memory of those who didn’t come back, but also to impress upon the people of today and tomorrow the eternal impact of the Holocaust. The identity of our society changes and I recognize the urgent need to reach out to a new generation and foster consciousness about what historically can still happen.” Despite her industrious efforts, Ratzabi says that bringing the concept of the monument to fruition has been a considerable and fascinating process. The memorial itself consists of three elements which are designed to create awareness and curiosity among spectators.The centerpiece consists of a wall in three parts; in the middle, a door is set ajar with a shaft of light produced by a light installation. “The door standing ajar represents the hope to escape, but a hope that would unfortunately be in vain, while the crumbled edge of the wall at its side adds an element of incongruity, leaving a visual impact”, says Ratzabi.The door will feature the Magen David plaque designed by Dick Stins 50 years ago, which includes an extract from the book of Deuteronomy cast in bronze. At a short distance in front of the centerpiece, six round ovals will be placed to represent the six million Jews who were killed and bronze reliefs depicting the 12 tribes of Israel will be affixed to each stone. To complete the memorial, both next to the door and in the square, sit two bronze suitcases, which symbolize the inhumane way the Jews were forced to abruptly depart. A book and a short film are soon to be released which focus on Ratzabi’s journey to construct the monument. 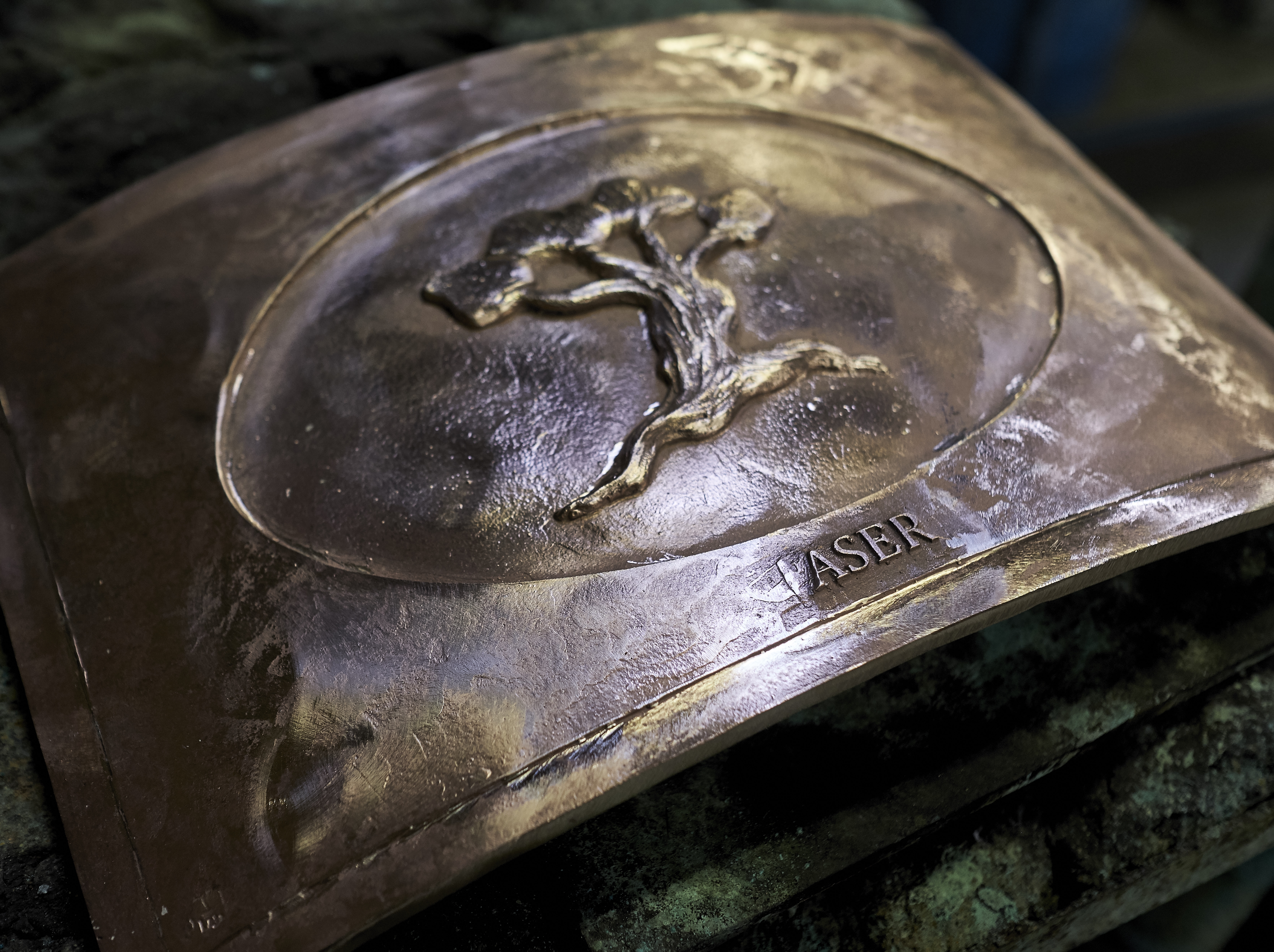 Bronze Relief by Anat Ratzabi (PIET GISPEN PHOTOGRAPHY/THE HAGUE)In this era of new antisemitism, of which the Netherlands has not been spared, many within the Dutch Jewish community feel a sense of insecurity and concern. According to the Dutch NGO Information and Documentation Centre for Israel (CIDI), which monitors antisemitism, between 2011 to 2016 at least 714 incidents were recorded.  Recently, in early December, a pro-Palestinian activist smashed the windows of a kosher restaurant in Amsterdam, before police managed to subdue him. Many observers note that antisemitic attacks often spike during periods of instability in the Middle East. Given the sensitive nature of this new Holocaust monument, Ratzabi reflects and says that: “The memorial was created with of the intention to inspire its observers and generate self-reflection. It is meant to evoke compassion and tolerance. `LEST THEY BE FORGOTTEN` is an eternally heartfelt visual poem,” she says.