House members are calling for increased funding for Jewish institutions following the alarming uptick in antisemitism that has threatened Jewish community centers across the US recently. 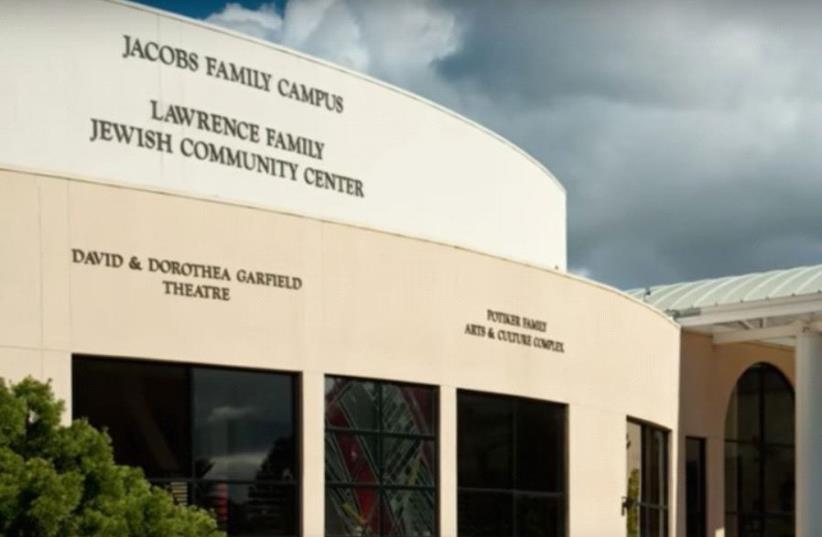 A view of the Lawrence Family JCC in San Diego
(photo credit: YOUTUBE SCREENSHOT)
Advertisement
A bipartisan letter by House members is calling for increased funding for a program that funds security for Jewish sites.The letter, spearheaded by Reps. Bill Pascrell, D-NJ, and Dan Donovan, R-NY, and signed by 112 lawmakers, calls for more than doubling funding for the Federal Emergency Management Agency’s Nonprofit Security Grant Program, to $50 million a year from $20 million. It cites intelligence assessments finding the threat of “homegrown violent extremists, who draw inspiration from ISIL, or other Sunni extremist organizations,” as well as bomb threats and antisemitic acts committed against Jewish community centers, schools, museums and synagogues.A budget plan by President Donald Trump proposed rolling the funds for the program into broader federal emergency preparedness funds. The vast majority of funds have helped upgrade security at Jewish institutions.The Orthodox Union lauded the letter.“We commend the many legislators who are working to better protect our citizens and institutions, particularly as we witness this disturbing surge in attacks against our community,” OU President Mark Bane said in a Monday statement. “No one should have to fear for their safety when they go to school or attend religious services. The increased funding will help many more people feel secure as they go about their daily activities.”The OU also praised a similar letter last month being circulated in the Senate.Nearly 150 JCCs and other Jewish institutions received bomb threats and three Jewish cemeteries were vandalized this year. Nearly two weeks ago, an Israeli-American teen was arrested on suspicion of calling in more than 100 bomb threats.
US-Israeli teen arrested for bomb threats to JCCs (credit: REUTERS)
Last month, Sen. Charles Schumer, D-NY, slammed Trump’s budget proposal.“At a time where perpetrators are terrorizing the Jewish community across the country, even here in New York, it makes no sense to slash FEMA’s Nonprofit Security Grant Program; we should be putting more money in terrorism prevention for at-risk non-profits, not less,” Schumer, the Jewish minority leader of the Senate, said in a statement to JTA.