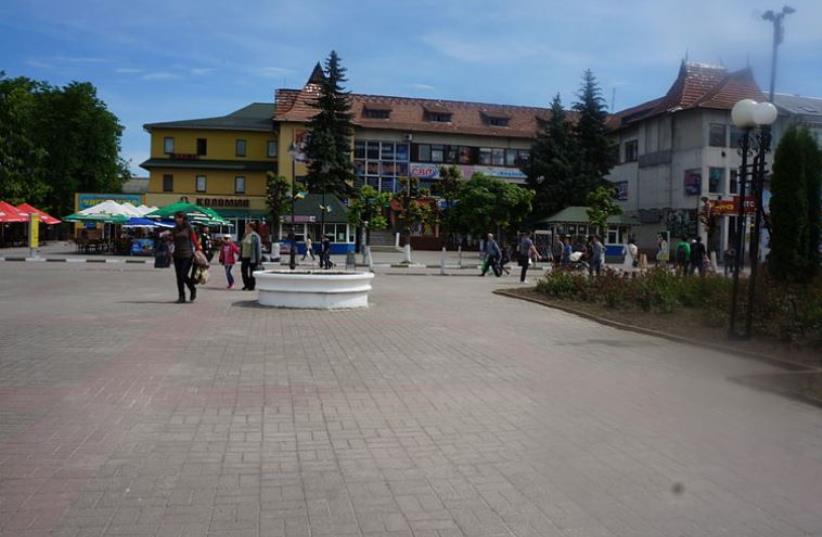 Central part of Kolomyia, Ukraine
(photo credit: SKOROPADSKY/WIKIMEDIA COMMONS)
Advertisement
A Jewish mausoleum in western Ukraine burned down in what a human rights group said may have been a deliberate arson attack connected with a dispute over a commemoration project.The gravesite of Hillel Lichtenstein, a 19th century Jewish sage and former chief rabbi of the Ukrainian city of Kolomyia, was partially destroyed last week in a fire that began in the early hours of the morning, according to a report published on Monday by the Kharkiv Human Rights Protection Group.The watchdog said the fire was the second arson within two months committed at the gravesite, which is located inside a sealed room at the center of a Kolomyia park that used to be a Jewish cemetery. The previous arson occurred on Sept. 18 and was extinguished before it spread. This month, however, the fire caused extensive damage to the structure around the gravesite, consuming the walls and the roof.Municipal authorities gave the Jewish community permission to add memorial monuments to the park surrounding the mausoleum. Soviet authorities destroyed the Jewish cemetery that used to stand there.But a dispute arose when the community said it would close off the park for two years for the duration of work on the monuments, according to the Euro-Asian Jewish Congress. Residents were angered by the closure, which began on Sept. 17, the Kharkiv group wrote.Western Ukraine is a stronghold of the nationalist Svoboda party, whose officials on many occasions have used anti-Semitic rhetoric.The arson happened shortly before the second annual Jewish learning conference of Limmud FSU in Lviv, where hundreds of Jews convened over the weekend.Anti-Semitic incidents are much more rare in Ukraine than in Western European countries. The Congress of National Communities of Ukraine documented 11 such incidents this year. The number of incidents documented in 2009-2014 ranged from 19 to 33 incidents per year.