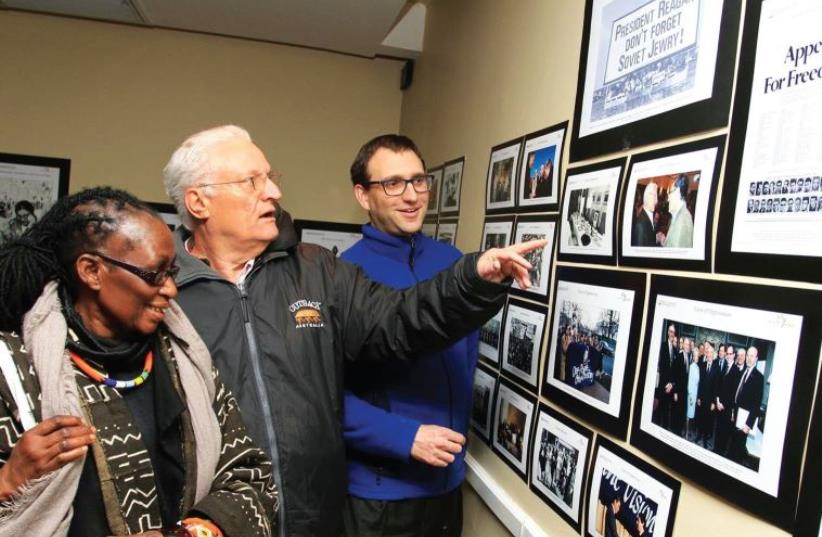 In the photo(left to right) : David Bilchitz- Chair of Limmud Intl. , Chaim Chesler – Chair of Limmud FSU ,and local Limmudnikit.
(photo credit: ILAN OSSENDRYVER)
Advertisement
Hundreds of people attended a Limmud South Africa conference in Johannesburg over the weekend, which included an exhibition on Soviet Jewry . David Bilchitz, chair of Limmud International, and Chaim Chesler, chair of Limmud FSU were among those who officiated the event. The exhibition on Soviet Jewry, presented in conjunction with The Jerusalem Post, was among the highlights of the Limmud event held between July 31 and August 2.