‘If antisemitic parties rise to power, we will call on European Jews to flee’

Rabbinical Center of Europe discusses concerns on extremism at conference. 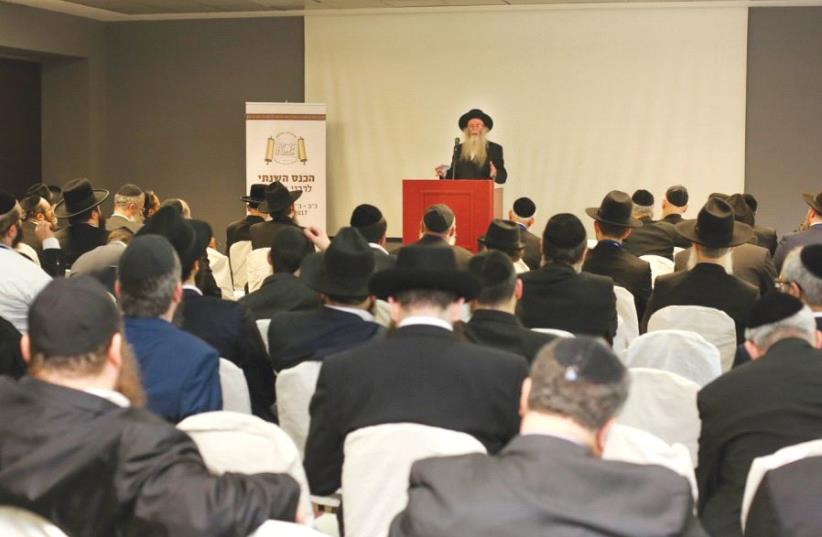 PARTICIPANTS AT THE Rabbinical Center of Europe conference listen as to a speaker address the organization’s 16th annual gathering this week in Pomezia, Italy.
(photo credit: IZIK BELINKOV)
Advertisement
A European Jewish leader said Monday that the rise of extremist parties in Europe could ultimately lead to an exodus of Jews from countries where antisemitism is becoming increasingly visible.Speaking at the annual conference of the Rabbinical Center of Europe in Pomezia, Italy, the organization’s director, Rabbi Menachem Margolin, warned that it will not be long before extremist parties which now have a great deal of power become the ruling parties in Europe.He warned that the “tolerant attitude” of European governments toward extremism in countries where there are many manifestations of antisemitism could lead to a mass exodus of Jews from those countries.
Germany top court rejects ban for "racist and antisemitic" party, Jan. 17, 2017
“It is superfluous to say that a country ruled by an antisemitic party is a red line, and if we reach that situation we will call on the Jews of Europe to flee from those countries,” Margolin said.More than 200 rabbis from across Europe attended the three-day conference, the 16th annual meeting of the group, which gathers in a different country each year.The rise and prominence of extreme right-wing parties was a matter serious of concern discussed by attendees, along with issues of personal security, protection of community buildings and synagogues, and the preservation of Jewish life.Other topics included assimilation, maintaining interest in Jewish identity by the young generation, conversion and religious observance in the era of technology.As part of the conference, the community leaders met with ambassadors and government officials to discuss assistance to Jewish communities and ways to strengthen their status and to increase their security.Sephardi Chief Rabbi of Israel Yitzhak Yosef joined the conference on Tuesday.