"It would be a huge scandal if German security authorities collaborated in these efforts," said Iranian exile Dr. Kazem Moussavi. 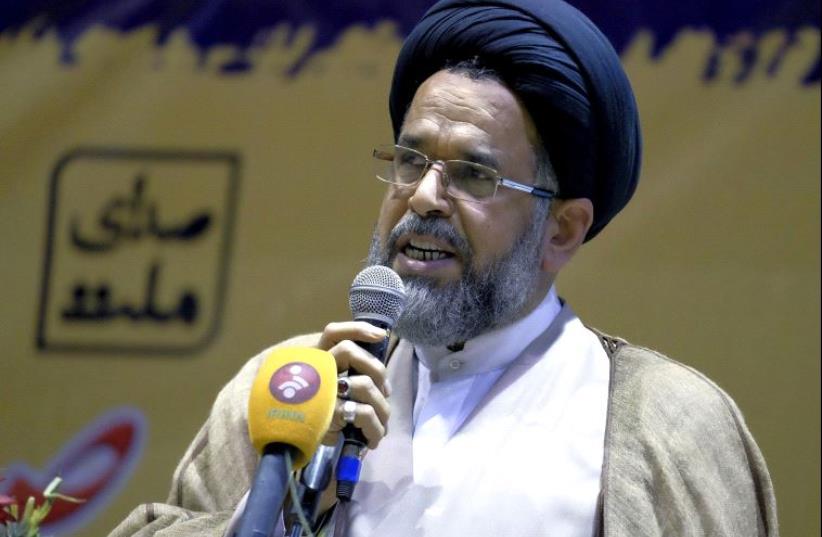 Iran's top spy Mahmoud Alavi
(photo credit: REUTERS)
Advertisement
BERLIN – German intelligence authorities met with Iran’s Minister of Intelligence Mahmoud Alavi in Berlin on Tuesday, according to the Tasnim News Agency in Tehran, a paper with close links to the Revolutionary Guards Corps.Dr. Kazem Moussavi, an Iranian exile in Germany, said on Wednesday Alavi is in the Federal Republic is to lay the groundwork for a visit by President Hassan Rouhani later this month.“The Iranian regime is planning to intensify the monitoring and cracking down on members of the opposition in Germany in order to prevent protests against the visit of Hassan Rouhani, Iran’s president of executions. It would be a huge scandal if German security authorities collaborated in these efforts. Alavi should be brought to justice rather than enjoying an official reception,” Moussavi said.In July, a Berlin court convicted an Iranian man of espionage on behalf of Iran’s regime. The 32-year-old man was sentenced to nearly twoand- a-half years in prison for spying on Iranian dissidents in Germany.According to German intelligence reports reviewed by The Jerusalem Post, Iran ratcheted up its spy network in the Federal Republic in 2015. Iran has a vast espionage infrastructure in the country that coordinates with its embassy in Berlin.Ulrike Becker, a spokeswoman for Stop the Bomb, which seeks to prevent a nuclear- armed Iran, said on Wednesday: “The coordination of German authorities with the terrorist apparatus of the Iranian regime is a slap in the face of all democrats and an open threat against Iranians living in Germany. It shows where the cooperation with Rouhani leads to. The planned visit of Rouhani to Germany has to be canceled immediately.”A slated protest against Rouhani’s planned visit in March to Vienna caused Iran’s regime to pull the plug on the parley.Volker Beck, a Green Party Bundestag deputy who is chairman of the German-Israel parliamentary group, said in late August that it is clear to “everyone in government circles that a high-level state visit from Iran is approaching and the only apparent question is whether wine will be allowed at the banquet. I don’t understand why the federal government remains silent about the visit plans and won’t answer simple questions.”Beck said that in light of recent tests of rockets designed to destroy Israel, there cannot be a normalization of relations with Iran.German media reports in July said the Social Democratic Foreign Minister Frank-Walter Steinmeier and his party colleague, Sigmar Gabriel, the economics minister, arranged the visit of Rouhani. Steinmeier and Gabriel convinced Chancellor Angela Merkel to host Rouhani, according to the reports.The Merkel administration has repeatedly said it will not normalize relations with Iran until the Islamic Republic recognizes Israel’s right to exist.Critics see the Rouhani visit as Germany abandoning Israel in a crucial foreign policy matter.Iran has engaged in a wave of executions, including 765 in 2015. In July, Iran hanged Hassan Afshar, 19, a teenager who is believed to be gay, in Arak Prison in Markazi province after he was convicted of “forced male-to-male anal intercourse” in early 2015.Since Iran signed the nuclear deal with Germany and other world powers in July 2015, the Federal Republic has ramped up trade with Tehran. German exports to Iran increased by 15 percent in the first half of 2016 over the same period a year earlier, to €1.13 billion.