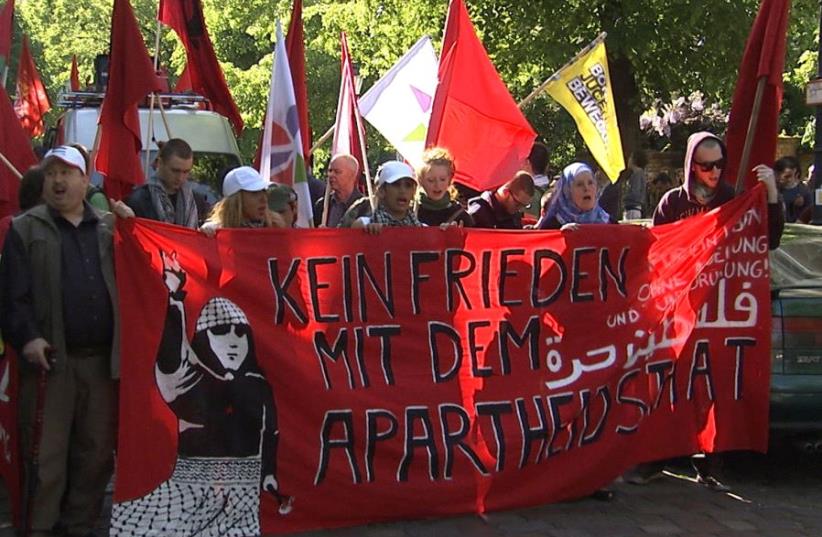 An image from the film that was dropped because it depicted antisemitism in a "pro-Israel" light.
(photo credit: screenshot)
Advertisement
Emmanuel Nahshon, the spokesman for the ministry of foreign affairs, on Thursday urged the French-German culture program ARTE to show a widely acclaimed documentary on contemporary antisemitism in Europe and in the Middle East."Israel believes the film should be shown and we find the decision not to show it very disturbing. "Bild is to be congratulated for its initiative. The European public opinion should know the truth," Nahshon told The Jerusalem Post by email.ARTE and its German sister news station WDR commissioned the film in 2015 but, when it was ready for broadcast earlier this month refused to air it.Historians and journalists with an expertise in contemporary antisemitism lauded Chosen and Excluded as a masterpiece for its expose on lethal antisemitism, European NGOs that finance hatred of Israel, and the growth of the BDS movement.ARTE and WDR spokespeople claim the film was supposed to cover only European antisemitism. The filmmaker Joachim Schroeder flatly denied the ARTE and WDR assertion. ARTE and WDR did not immediately respond to Post queries.