Israeli-American students gather in LA to sharpen tools against BDS

400 youths discuss questions of identity and life on campus. 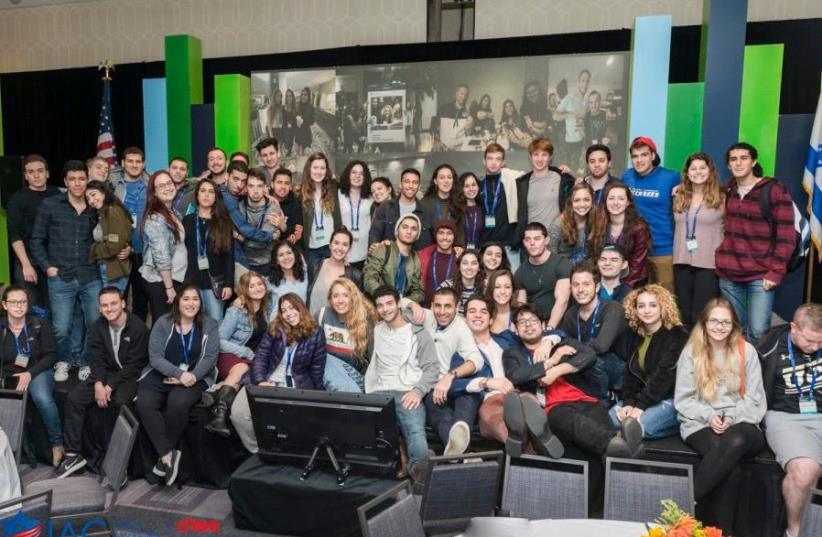 Israeli-American students gather in LA to sharpen tools against BDS
(photo credit: MOSHE ELGRABLY PHOTOGRAPHY)
Advertisement
Some 400 Israeli-American students gathered in Los Angeles over the weekend to learn how to fight the presence of BDS on college campuses.The Israeli-American Council’s annual Mishelanu Conference focused on the participants’ hybrid identity and the development of tools for creating pro-Israel activity on campuses to counter Boycott, Divestment and Sanctions activists.IAC Mishelanu is a pro-Israel campus program that fosters young leaders and provides a home for Israeli- American students. It was established in 2011 and is now active on some 100 campuses, through its accelerator, fellowship and mentorship programs, which develop leadership and entrepreneurship skills to enrich students’ college experience and professional careers.IAC CEO Shoham Nicolet said: “Discourse surrounding campuses focuses on the challenges of apathy, the disconnect of the young generation from Israel, and a disconnect from Jewish identity.” He said Mishelanu provides solutions to all those issues.“The Israeli-American students become a live bridge within the Jewish community in an efficient, organic way, which connects between the Jewish community and the state of Israel,” Nicolet said. “Our future lies with the young generation and we plan to further expand the program’s impact.”University of California Berkeley student and conference participant Hadar Farkash is far from apathetic about her identity. She describes her campus as a battlefield where she engages in a daily fight for the good name of Zionism and the legitimization of the existence of the state of Israel.Farkash portrayed Mishelanu meetings as short breaks and the annual conference as a long weekend on which to put aside uniforms and gather strength among family, “to escape the madness to a reality which will remind me what I am fighting for” before returning to the battlefield.