The children, who are Israeli and have living arrangements in both Israel and the US, were briefly sentenced to juvenile detention after refusing lunch with their father. 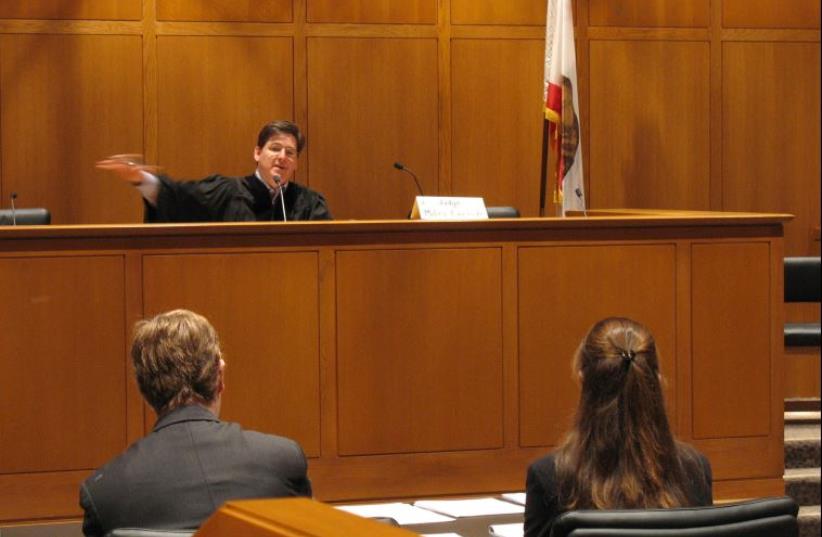 A judge in a courtroom hearing
(photo credit: WIKIMEDIA COMMONS/FLICKR)
Advertisement
July 10  - A Michigan judge released three Israeli siblings from juvenile detention on Friday two weeks after she sent them there for defying her order that they have lunch with their father when he was visiting from Israel, ABC affiliate WXYZ reported.At an emergency hearing, Judge Lisa Gorcyca said the children - whose parents have been involved in a custody battle for more than four years - could leave detention and attend a camp for the rest of the summer."The court agrees with the children's guardian's recommendation as to the best interests of the children," Gorcyca said this afternoon, reported the Detroit Free Press. "The court finds that is in the children's best interests to grant the father's and the guardian ad litem's motion to allow the children to attend summer camp. Children's Village is to facilitate the transportation."She had earlier found the children, ages 9, 10 and 14, in contempt of court when they told her they did not want to meet with their father.Gorcyca had ordered them to live at the Children's Village, a county juvenile detention center for children from troubled and neglected backgrounds, until they are 18. For the two youngest children, that would have almost a decade in the center.A court-appointed attorney for the children and the father's attorney had petitioned the court for different conditions from the county juvenile facility, local media reported."We're happy with the outcome today, the kids are out of Mandy's Place, they are going to enjoy a camp program," Linda Stern, an attorney for the mother, told reporters."Love comes with love. You can't terrorize someone to love, you can't force someone to love," the mother, Maya Tsimhoni,  told reporters after the hearing.For five years the courts have been working to build a relationship between the children and their father. The mother has said she fears her ex-husband would harm the children or kidnap them, the Detroit News reported.Attorneys for the father, and the judge, have said the mother has damaged the children and influenced them to resist therapy and efforts to reconcile them with their father, the Detroit News said.