The film was referred to by 'The New York Times' as "one of the first close-up view of the motives and personalities in a group that rarely opens up to outsiders." 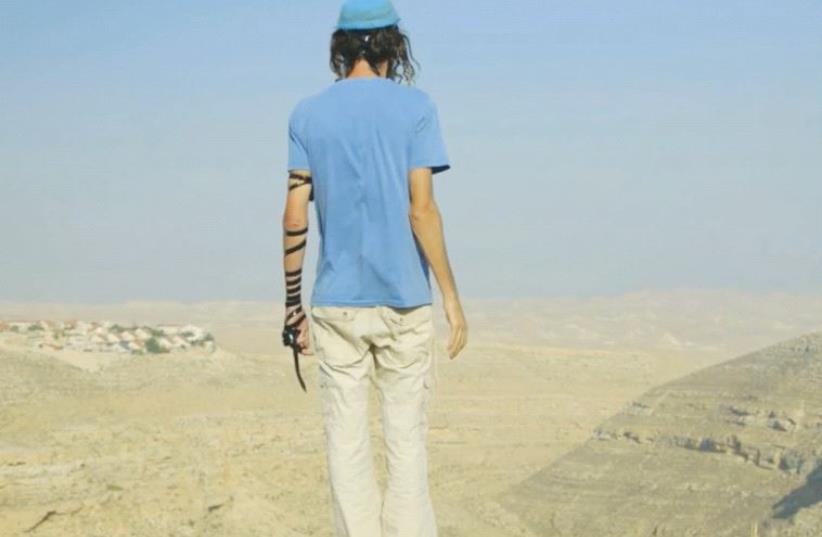 A SCENE from Shimon Dotan’s latest documentary ‘The Settlers.’
(photo credit: PHILIP BILASH)
Advertisement
Syracuse University has passed over formally inviting Israeli film director Shimon Dotan to their international film conference "The Place of Religion in Film."Dotan had previously been informally invited by one of the events organizers, William L. Blizek, according to The Atlantic. The film Dotan was due to show at the March 2017 conference was his feature-length documentary 'The Settlers'  which chronicles the history of the settlements, the people who live there and the movement as a whole. The film itself was referred to by The New York Times as "one of the first close-up views of the motives and personalities in a group that rarely opens up to outsiders." It was shown at the Sundance Film Festival (and was made with financial support from the Israeli network YES and from the European network ARTE, among others) and opened throughout Israel recently.However, despite an invitation, and interest on the part of the filmmaker Dotan, he was uninvited to the event due to the "BDS faction on campus." The Syracuse University BDS faction made no known statements or threats to Dotan's possible participation and were perhaps unaware of it all together. A rejection email Dotan received from Professor Hamner of the Religion Department of Syracuse University stated that the group would make things unpleasant for the Israeli filmmaker and possibly damage the reputation and credibility of the organizers and the event. The email added that they regretted not having the opportunity to see the film and as such they could not vouch for it. The film has been highly rated among critics. It mainly focuses on the radical fringe settlers and, according to reviews, is perceived as showing settlers in a negative light. Dotan said he wants people to understand the reality, in all its complexity. “I don’t think Israel faces a military threat, but I think it does face the threat of disintegration from within...  I think there is a threat to democracy and to the moral fabric of the country... I want the film to present a dialogue with the settlers in a way that will enlighten people.”