Needless to say, the internet had fun with this gaffe. 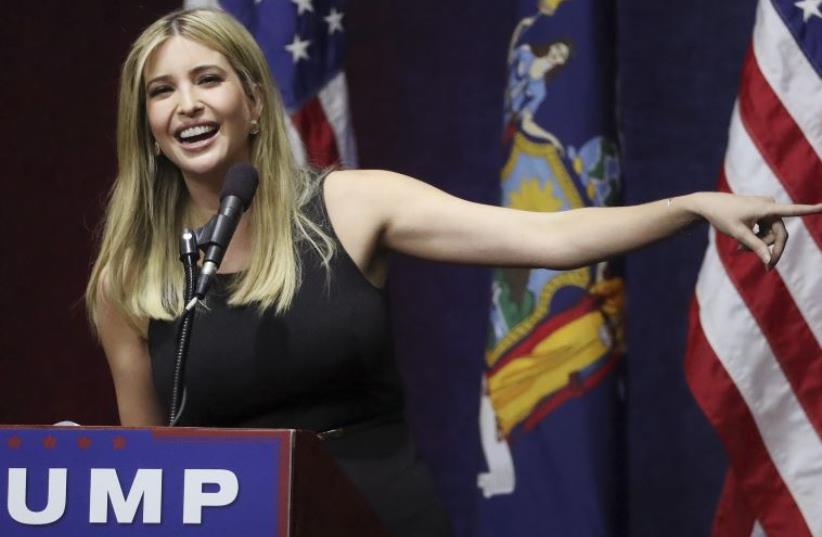 Ivanka Trump, daughter of U.S. Republican presidential candidate Donald Trump speaks at a campaign event at Grumman Studios in Bethpage, New York April 6, 2016
(photo credit: REUTERS)
Advertisement
Whoever is running Ivanka Trump’s Instagram account is probably more interested in Harry Potter than old Jewish texts.On Friday, Trump quoted a speech that Emma Watson — known for her role as Hermione in the “Harry Potter” films — gave during a 2014 speech at the United Nations announcing a gender equality initiative.“If not me, who? If not now, when?” Trump’s Instagram post quoting Watson’s speech reads.This is obviously a shorter variation of one of the most famous Jewish sayings, attributed to the the first century BCE sage Hillel the Elder.“If I am not for myself, then who will be for me?” Hillel’s saying, contained in the collection Ethics of the Fathers (1:14), goes. “But if I am only for myself, who am I? If not now, when?”Trump is probably aware of the popular quote, since she underwent an Orthodox conversion to Judaism before marrying real estate businessman Jared Kushner in 2009.Needless to say, the internet had fun with this gaffe.

And every passover, we eat the Emma Watson sandwich https://t.co/pENUzrZv7F

@HeartyWhite I'm not sure what percentage of that tweet was satire. It's that kind of year.