The Ukrainian-born Jewish actress explained that after being rejected, insulted, paid less, and diminished based on her gender, she decided to found her own production company. 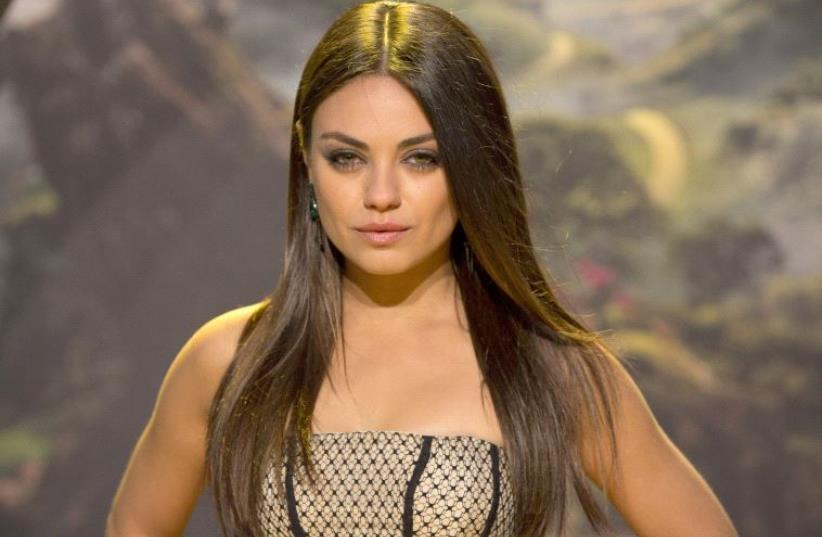 Actress Mila Kunis
(photo credit: REUTERS)
Advertisement
Mila Kunis was once told she would have to pose half-naked on the cover of a men's magazine to promote a film. When she refused, a producer reportedly threatened her by saying, "You'll never work in this town again."That obviously turned out not to be true: Kunis has worked in over 30 films in her career, and launched an attack on sexism in Hollywood in an open letter published on A Plus, a media site co-founded by Ashton Kutcher."It's what we are conditioned to believe -- that if we speak up, our livelihoods will be threatened; that standing our ground will lead to our demise. We don't want to be kicked out of the sandbox for being a 'bitch.' So we compromise our integrity for the sake of maintaining the status quo and hope that change is coming," Kunis wrote.The Ukrainian-born Jewish actress explained that after being rejected, insulted, paid less, and diminished based on her gender, she decided to found her own production company, Orchard Farm Productions, with three other women to avoid having a similar situation happening to her again.However, the issue persisted when the company signed on to partner with an influential male producer to work on a project that discussed inclusivity."In the process of pitching this show to a major network, the typical follow-up emails were sent to executives at this network," Kunis wrote. "In this email chain, this producer chose to email the following: 'And Mila is a mega star. One of biggest actors in Hollywood and soon to be Ashton's wife and baby momma!!!'""He reduced my value to nothing more than my relationship to a successful man and my ability to bear children. It ignored my (and my team's) significant creative and logistical contributions," Kunis said.Kunis went on to say that she is taking a stand against the "microaggressions that devalue the contributions and worth of hard-working women," and that she hopes that she can use her voice to allow women in the workplace to "feel a little less alone and more able to push back for themselves."The actress' most recent work includes starring in "Bad Moms" opposite Kristen Bell.