"I am insanely lucky to be alive," the 45-year-old says after being hospitalized. 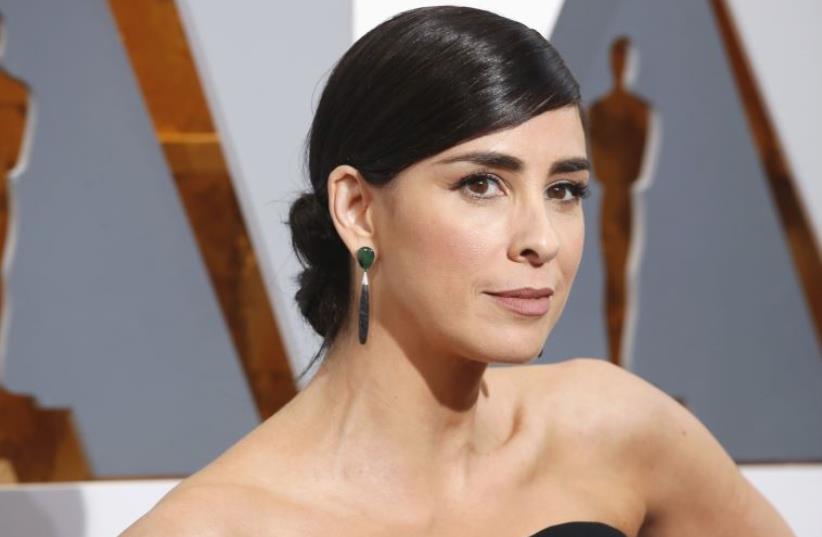 Sarah Silverman
(photo credit: REUTERS)
Advertisement
While Sarah Silverman is used to turning heads with her tongue-in-cheek antics, the Jewish American actress and comedian has now garnered attention regarding a more grave matter.She almost died.Luckily, she pulled through a rare case of epiglottitis, and was well enough to recount her ordeal Wednesday on Facebook.“I was in the ICU all of last week and I am insanely lucky to be alive,” she wrote.
The 45-year-old funnywoman explained that she had happened to got to a doctor for “just a sore throat” before she landed herself in hospital for an inflammation of the flap at the base of the tongue that keeps food from going into the windpipe.“They couldn’t put me fully to sleep for the recovery process because my blood pressure’s too low,” she wrote.“I was drugged just enough to not feel the pain and have no idea what was happening or where I was.”Silverman continued, saying she woke up five days later in the intensive care unit without a trace of memory of the near-death tribulation that she endured.“I owe my life to Dr. Shawn Nasseri, Dr. Robert Naruse, Dr. Rob Huizenga, every nurse, and every technician & orderly at Cedars who’s punch-theclock jobs happen to save human lives on the regular,” she wrote in gratitude to those who had treated her.She also appeared to thank her beau, British actor Michael Sheen, saying “I’m so moved by my real-life hero.” Silverman, whose sister Rabbi Susan Silverman lives in Jerusalem, also mentioned her “amazing Sissies (blood & otherwise)” along with her “friendos” for providing her with company after the traumatic experience.Nonetheless, it appeared that Silverman was already gaining back her classic jovial self and managed to include some of her trademark, self-deprecating quips in her post.“It makes me cry. Which hurts my throat. So stop,” she said of her overflowing emotion for all those who helped her throughout the trying events.Silverman concluded her post with some more hilarious anecdotes about her post-op period, which included an incident in which she halted a nurse in emergency fashion only to hand her a note asking, “Do you live with your mother?” randomly accompanied by an illustration of a certain anatomical part.