The designer is staying on with the company as executive chairman and head of design team. 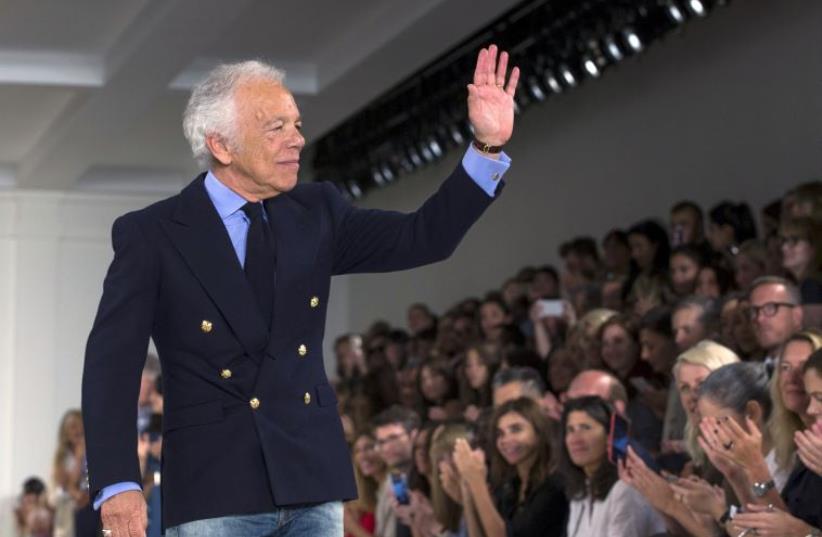 Ralph Lauren
(photo credit: REUTERS)
Advertisement
NEW YORK - Jewish American designer Ralph Lauren, who built a fashion powerhouse on luxury designs inspired by country club chic, announced Tuesday he is stepping down as chief executive officer and named the head of Gap Inc's populist Old Navy brand to the position.Ralph Lauren Corp, founded by 75-year-old Lauren in 1967, appointed Stefan Larsson, the global president of Gap's Old Navy division, as CEO effective in November. Lauren will continue to serve as executive chairman and head its design team, the company said in a statement.Lauren, who got his start designing neckties, plans to stay active at the company and Larsson will report to him."When they start designing things I can't understand, I'll quit," Lauren told the New York Times in an interview.Ralph Lauren shares rose 3.79 percent to $108 in trading after the bell. Gap shares fell 3 percent to $29.30.The company has been struggling to boost profits as a stronger dollar reduces the value of sales from overseas. Net revenue in its first quarter ended June 27 fell 5 percent, mainly due to currency fluctuations.Odeon Capital analyst Rick Snyder said the company had grown to a size where it needed more "systems and controls." The change in CEO "is just a natural progression," Snyder said.Milton Pedraza, a fashion industry analyst at the Luxury Institute, said Larsson's appointment follows a trend of luxury brands hiring leaders from mass-market companies in recent months. He cited the appointment of Grita Loebsack, a former vice president at Unilever Plc, as CEO of Kering's emerging brands, which include Stella McCartney and Gucci.Larsson, 41, is credited with reviving sales at Old Navy, successfully implementing a model of offering trendy clothes at low prices.Annual sales at the division rose 8 percent in 2014 and became Gap's biggest business. Sales for the division were $6.62 billion, or 40.3 percent of Gap's total.Lauren's fashion empire includes some 25 brands including Polo, Club Monaco and Denim & Supply, and the company makes clothing, accessories, furniture, home decor items and footwear under its labels.Larsson, a Swede who before joining Gap was global head of sales at Hennes & Mauritz, brings experience of managing a fast fashion business with a supply chains considered to be among the most efficient within the apparel industry.His appointment would be a good fit for Ralph Lauren which is seeking to reorganize and centralize business units and brands, Snyder said."If he comes from a place like H&M, he understands global supply chains and that's one of the things that Ralph Lauren is trying to implement right now," Snyder said. "It's going to be very positive for them."FROM WILD WEST TO HIP HOPDespite the aura of Anglo-Saxon elitism around his company, Lauren was born Ralph Lifshitz in the Bronx in 1939. His parents were Jewish immigrants from Belarus, and he changed his name to Lauren at age 16.Lauren's designs drew inspiration from elite and exotic realms including East Coast prepsters, the Wild West, colonists on African safari and czarist Russia. He designed the wardrobe for the 1974 film version of "The Great Gatsby" including a pink suit for star Robert Redford.The Ralph Lauren Polo shirt, which debuted in 1972, became a signature item for the company with a tiny polo player embroidered on the chest.His designs have been worn by presidential hopeful Hillary Clinton, actress Gwyneth Paltrow and actor Johnny Depp.Lauren was also, perhaps surprisingly, influential in the hip hop world. His bright colors and bold clothing became staples for some New York gangs, and rappers such as Kanye West and Lil Wayne have mentioned Lauren and his designs in their rhymes.The company also said that Jackwyn Nemerov, chief operating officer, would retire in November at which time she will become an adviser to the company.