In New York alone, multiple incidents in which Jewish students were harassed by pro-Palestinian groups have been recorded since the beginning of 2016. 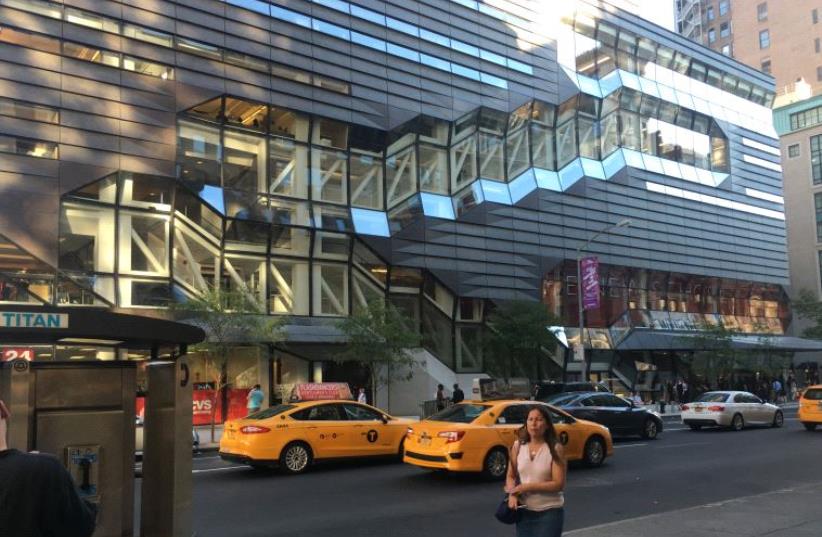 The New School in New York City.
(photo credit: DANIELLE ZIRI)
Advertisement
NEW YORK - Although her new dorm is only a half an hour ride away from her family’s home, for 18-year-old Stacy Vaknin, going away to college is quite life-changing.Apart from being on her own, studying public relations communications and having to find her way through a large campus, Vaknin is also going to encounter non-Jewish students for the very first time.“I went from an Orthodox very religious school to more of a reform school but still in the Jewish community,” she told The Jerusalem Post as she was packing, a few hours before moving into her dorm room at Pace University in midtown Manhattan.“So I’m still scared about making my own new friends and stepping outside the Jewish community because it’s not something I’m used to.”“I’ve never really made non-Jewish friends, so it’s going to be a like a whole new world for me,” she explained. 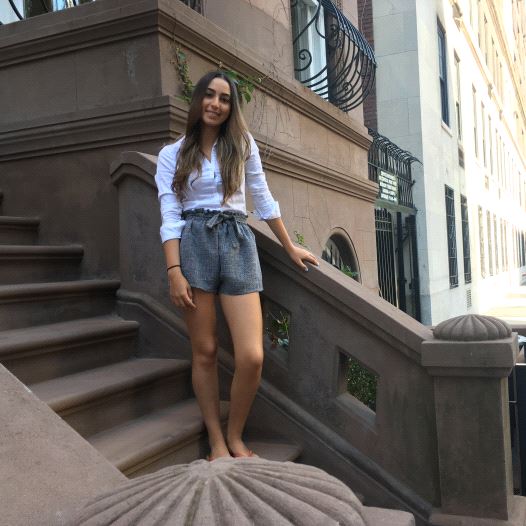 Stacy Vaknin at her family's home in the Upper West side hours before moving to her dorm at Pace University.
Like many other Jewish freshman starting college this week in the United States, Vaknin knows she may also encounter the infamous anti-Israel sentiment circulating on campuses across the country.Groups like Students for Justice in Palestine and others pushing to advance the Boycott Divest and Sanction movement have been very vocal on college campuses in past years.In New York alone, multiple incidents in which Jewish students were harassed by pro-Palestinian groups  have been recorded since the beginning of 2016.In the City University system in New York for example, a rally for free public college tuition turned into a demonstration attacking Israel, Zionists and Jews; students at Brooklyn College called for “Zionists off campus” ; at The College of Staten Island, swastikas defaced desks and walls; and at John Jay College Jewish students have reported being afraid to come to school and some have even transferred out.Every year, colleges across the United State also hold “Israel Apartheid Week” , an event meant to “raise awareness about Israel’s ongoing settler-colonial project and apartheid policies over the Palestinian people,” according to its official website, and during which Jewish students are often targeted as they attempt to counter it.“I’ve always been a very big Zionist. Anti-semitism is definitely something that I have not experienced yet, and it is something that worries me.”Despite her concerns, Stacy Vaknin said there is no question she intends to defend her views if confronted about them.“If I ever experience a time of anti-semitism, I’m not going to be quiet about it, I’m going to speak up because I believe in Judaism and I love Israel,” she told the Post.Nineteen year old Sam Shwalabe from Englewood in New Jersey, was also sheltered within the Jewish community his entire life: he grew up in a modern orthodox community, keeps shabbat and often wears a yarmulke. He even spent the last year living in Israel attending Yeshiva.Shwalabe just started orientation week at New York University this Monday, where he will be studying sports management. 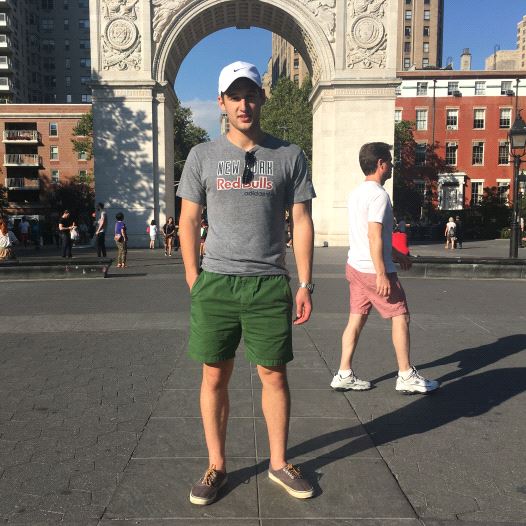 Sam Shwalabe at NYU, after his second day of orientation week.
“I’m mentally prepared to deal with it [anti-semitism] on campus. A lot of the issue is just basic ignorance, “ he told the Post, sitting in Washington Square park on Tuesday, after his second day of what NYU calls “Welcome Week”.Shwalabe said he knows he could become a target to BDS activists on campus when he wears his yarmulke on his head.“I was wearing it around all day yesterday but to tell you the truth I felt a sense of discomfort, I felt like I stood out a bit,” he said. “However NYU has a history of being welcoming to people from all faiths so I’m not too worried about that.”While both Shwalabe and Vaknin said they will react if approached about Israel, others have decided to get actively involved in pro-Israel activity on their new campus.For Alexi Rosenfeld, who just started a joint bachelor’s and master’s program studying Global Affairs and Journalism with a master’s of International Affairs at The New School, defending Israel is only natural.He was born in Los Angeles, California. In 2012, at the age of 18, Rosenfeld moved to Israel and joined the IDF’s spokesperson unit where he served as a photojournalist. He was released in April“It’s something I’ve always been faced with, especially working in the IDF’s spokesperson unit, we are very much accustomed to reading about it, knowing what’s going on, understanding the challenges that Students for Justice in Palestine, the BDS movement as well as other splinter cell organizations have and can affect the campus dynamic,” he told the Post following his first day.“I’ll be ready to stand up for the State of Israel,” he said. “I was brought up in a Zionist household, I was also very involved with AIPAC and other pro-Israel groups, so I have the base, I have the knowledge, now it’s just about implementing it.”Rosenfeld explained that he is aiming to start a few pro-Israel groups on his campus.“We’ll see how much controversy that is met with in the beginning,” he added. “Personally I know that I’ll get involved, I do wanna be a leader in the community.”“I’m not gonna lose my Israel beliefs and my Zionistic tendencies just because I came back to America,” he told the Post. “It’s really important to me to stay true to it, and continue to advocate for Israel whether it is on my college campus or at congress or somewhere on the hill.”Like Rosenfeld, Uri Schwartz from Maryland, has been prepared for confronting BDS on campus. He went to a Jewish high school where the subject came up more than once.“I took a lot of classes about Israel, Israeli politics,” he told the Post on the phone as he is preparing his move to Princeton University. “Not only did we learn about everything that is going on but a big part of that was when we go into college, how to approach other people about these topics and have a conversation with people who have different opinions.”“It does make me a little nervous but I feel like I’m prepared to talk rationally,” Schwartz added.He admitted that while in high school, he engaged in several debates about Israeli policies, his classmates and him always had an underlying common belief that Israel has a right to exist.“I’ve never encountered someone who really disagrees with me on that fundamental level,” he explained, “So I don’t know how those conversations will go.”Schwartz knows getting involved with Israel on campus is important to him. He has already made contact with student advocacy groups at Princeton such as “Tigers for Israel”.