Erin Schrode, who hopes to be the youngest woman elected to Congress, was recently bombarded by a slew of hate mail from alleged neo-Nazis. 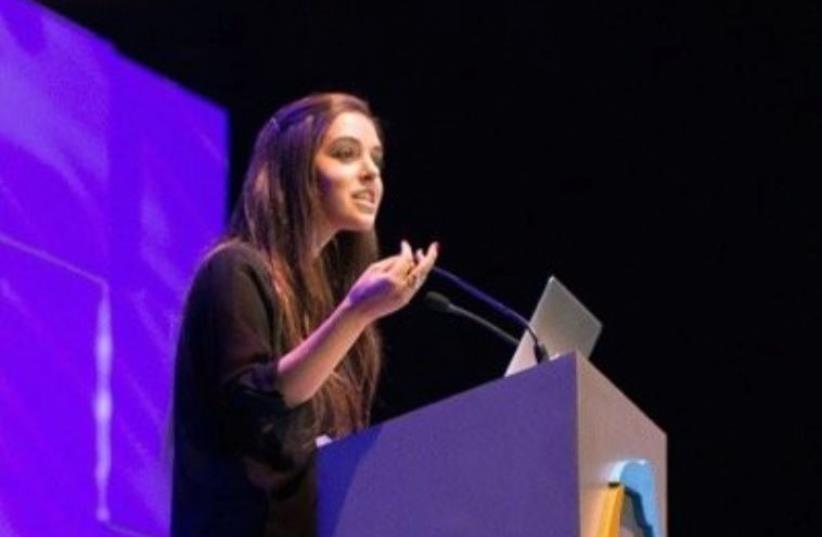 Erin Schrode
(photo credit: TWITTER)
Advertisement
Erin Schrode, a 25-year-old Jewish activist who hopes to be the youngest woman to ever be elected to Congress, struck back at an onslaught of hate mail in a Facebook post on Saturday night.The Democratic hopeful is running in Northern California’s 2d Congressional District Nazis recently targeted her in a barrage of “threatening, derogatory, hate-filled emails, voicemails, tweets and comments...because of the simple fact that my mother is Jewish, that I am Jewish,” Schrode said.Her personal email, cellphone number and social media handles were all published on Neo-Nazi chat rooms, she said.Accompanying the personal information were photoshopped pictures of her wearing the yellow “Jude” star that Jews were forced to wear during the Nazi occupation of Europe.“This unspeakable vitriol goes far beyond anti-Semitism,” Schrode wrote on her Facebook page Saturday night.“It is not merely an attack on me or on one people, but rather an attack on any individual or group who is targeted because of faith, race, nationality, gender, ability, orientation or other arbitrary classification.“I cannot and will not remain silent. I have never been much good at standing idly by in the face of injustice.I am not writing these words to spark an outpouring of sympathy, but rather to call attention to the fact that pointed, blatant hatred is rampant and on the uptick at this moment in history, particularly in the context of a fear-based election cycle,” she added.Schrode, who studied in Tel Aviv, was once named on The list of the most inspiring Jewish teens. When she was 13 years old, she had already founded a nonprofit promoting environmental education and advocacy, called Teens Turning Green.JTA contributed to this report.