While the company denies the allegations, Joshua Jenkins says that his boss constantly made antisemitic comments, and when he dared to complain he was fired. 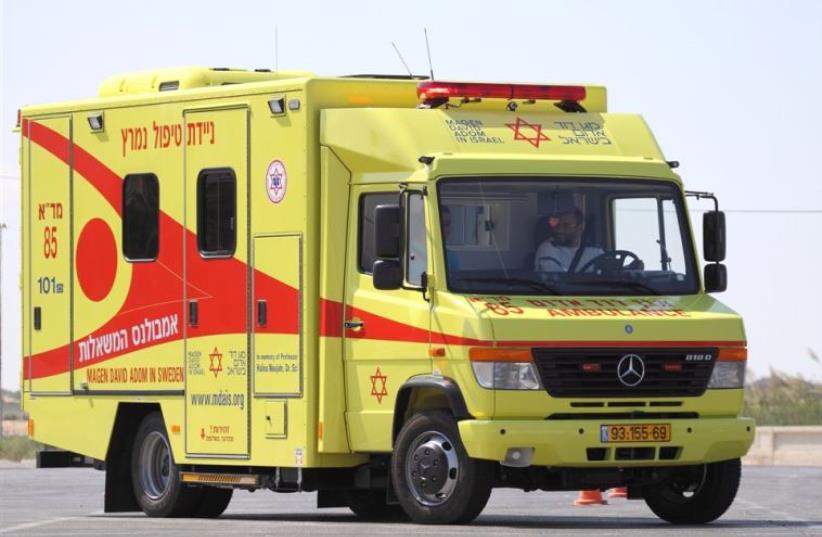 MDA's wishes ambulance
(photo credit: WWW.MDAIS.ORG)
Advertisement
A Jewish paramedic in Tennessee has filed a civil rights lawsuit against his former employer for making disparaging remarks about his faith and then firing him for complaining.Joshua Jenkins was fired in March 2016 after working for the Grainger County Ambulance Service for two years. He is asking for $500,000 in compensatory damages as well back pay, various other related job loss expenses and punitive damages.According to the lawsuit, Jenkins’ direct supervisor, Patrick Donnelly, and the director of the ambulance service, Roger Ritchie, both mocked his Judaism, the Knoxville News Sentinel reported. Ritchie also disparaged teenage Holocaust diarist Anne Frank, the lawsuit alleges.“On or about September 12, 2015, Mr. Jenkins and Mr. Ritchie were in Mr. Ritchie’s office when Mr. Ritchie commented that if he were not a paramedic, he would open a hot dog stand called ‘Anne’s Franks’ and proceeded to draw a mock logo that included the words: ‘Fire Roasted Anne’s Franks We Jew Hotdogs Since 1945,’” he said, the News Sentinel reported, citing the lawsuit.The lawsuit also alleges that Donnelly told Jenkins in January 2016 to “get off your lazy Jewish (expletive)” and handle Donnelly’s ambulance calls, according to the newspaper.The ambulance service has denied discriminating against Jenkins. Its response filed to the US District Court lawsuit disputed not the verbiage but the context of the hot dog stand commentary and flatly denied Donnelly’s alleged remark.The trial is set for Dec. 4.Also, according to the lawsuit, Jenkins “began seeing a mental health provider after experiencing suicidal ideations and was diagnosed with post-traumatic stress disorder, obsessive compulsive disorder, and major depression” following the Anne Frank incident. He was prescribed an antidepressant and told Ritchie so, according to the lawsuit.Ritchie reportedly used Jenkins’ mental health as a pretext for firing him, the lawsuit alleges. Jenkins claims it was his complaints about the alleged religious slurs that was the real reason.