The discussion was first prompted by Beck's praise of the actor's recent 10 year anniversary marking his sobriety from alcohol. 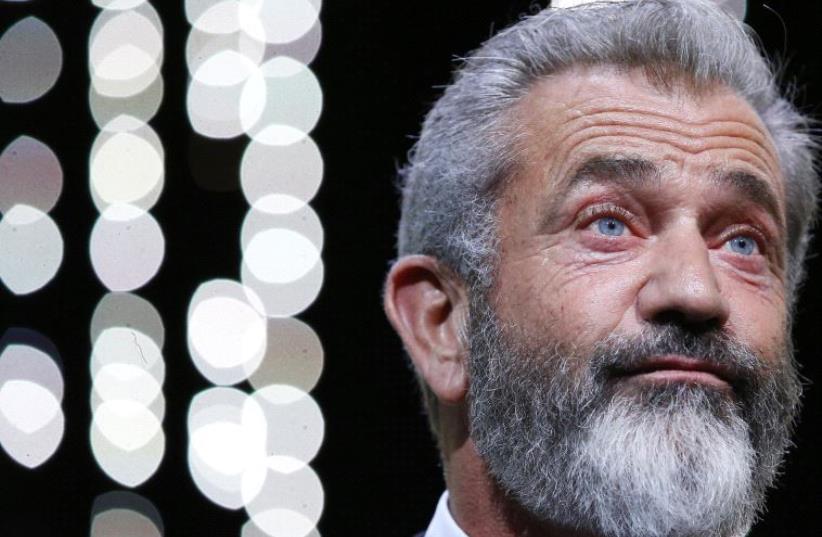 Actor Mel Gibson
(photo credit: REUTERS)
Advertisement
Conservative firebrand and radio talk-show host Glenn Beck revealed on a broadcast last week that during a recent conversation with controversial Hollywood director and actor Mel Gibson, the thespian claimed “Jewish people” had stolen an early copy of The Passion of the Christ movie and used it to attack him before the film’s release.According to Internet publication The Daily Beast on Thursday, Beck had spoken to Gibson for some 90 minutes following a late August screening of the latter’s new film, Hacksaw Ridge, which has reportedly garnered rave reviews at the box-office in recent weeks.The discussion was first prompted by Beck’s praise of the actor’s recent 10-year-sober anniversary.“I kind of got the impression – I don’t even know if this is true – that Mel has really turned his life around, you know, he’s an alcoholic with 10 years of sobriety behind him. He’s really changed. He’s learned a lot. And he’s kind of alone,” according to a post uploaded to the broadcaster’s site, GlennBeck.com.The conversation meandered on a number of different topics, finally settling on The Passion, which, according to Beck, was the beginning of Gibson’s downward trajectory and his ultimate “undoing.”According to Beck, Gibson claimed the movie was stolen before its release date, allegedly by “Jewish people,” in order to slander the director as an anti-Semite.Recalling Gibson’s comments, Beck said: “And then some Jewish people – I guess some rabbis or something, I didn’t get into it – somebody stole a copy of the movie before it was shown to anybody... And then they did a deal in The New York Times with all these rabbis trashing him as an anti-Semite. And he said, ‘I couldn’t believe it... Nobody was really upset that these guys stole the movie.”Released in 2004, The Passion of the Christ earned a whopping $612 million on worldwide ticket sales, but proved controversial once Jewish and other religious groups pounced on the film’s imposition that Jews were responsible for the death of Jesus.The idea has caused considerable harm to the Jewish community throughout contemporary history, stoking anti-Semitic or anti-Jewish sentiments around the world.Gibson claimed that the fallout from the event caused considerable damage to his reputation and that he suffered abuse as a result.“I expected Hollywood to not like it, but I lost my friends,” Gibson said, according to Beck. “People wouldn’t even speak to me because I made this movie... All of a sudden I’m a pariah.”Following Beck’s comments on his radio broadcast, a Gibson representative said that the actor was unaware of such a conversation held between the two, according to The Daily Beast.GlennBeck.com has also removed material from the website in connection to the conversation, with an editor’s note stating: “This post has been removed because it inadvertently revealed details of an off the record conversation. We regret the error.”Following the film’s release in 2004, Gibson has attempted to make inroads with the Jewish community, meeting with a number of Jewish leaders and befriending Jewish journalist Allison Hope Weiner, who characterized attacks on Gibson as “unfair.”But an incident involving the actor’s arrest just two years later illustrated to some that Gibson’s attitude towards the Jewish community remained hostile.In 2006, Gibson was arrested by Malibu police for driving under the influence of alcohol. During questioning, Gibson reportedly said to one of the officers: “F**king Jews... The Jews are responsible for all the wars in the world.... Are you a Jew?” Beck said following their alleged discussion that during this period in Gibson’s life, “he was horribly angry and had so much anger at him from all kinds of stuff – he was twisted, he was drunk, he was high – and he was lashing out at that group of Jews, not Jews in general.”Contacted by The Daily Beast for comment, Abe Foxman, former head of the Anti-Defamation League (ADL) said Gibson “never recanted, he never apologized, he never really let go.”Foxman added, “I guess Gibson tried to engage in some PR gimmicks... but in fact this interview [with Beck] only shows how deep [his anti-Semitism] is, how ingrained it is in him.”