The son of jailed anti-war radicals, Chesa Boudin stood on a progressive platform 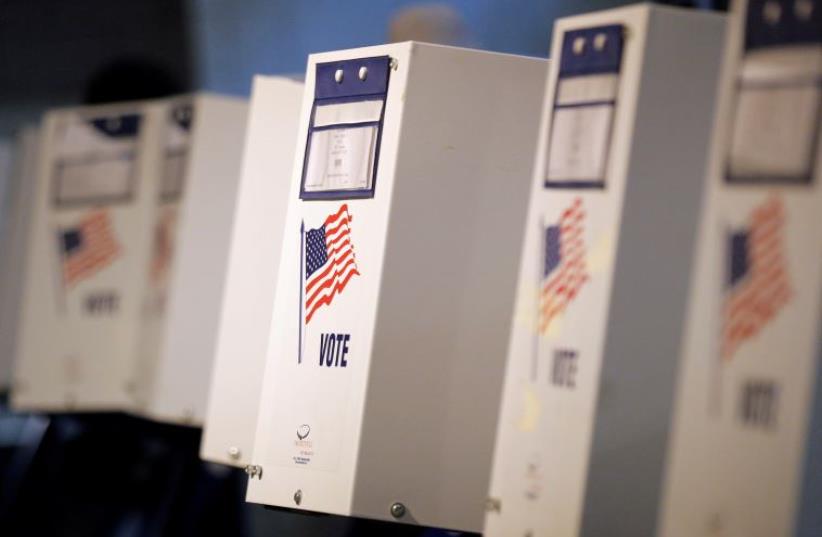 Voting booths are seen during the New York primary elections at a polling station in the Brooklyn borough of New York City, US, April 19, 2016
(photo credit: REUTERS)
Advertisement
Voters here have elected progressive public defender Chesa Boudin, the Jewish son of 1970s anti-war radicals, as their new district attorney.Boudin, 39, won a close-fought battle with Suzy Loftus, who was appointed to the position on an interim basis by Mayor London Breed last month.He was a baby when his parents, Kathy Boudin and David Gilbert, were arrested and sentenced to lengthy prison terms for their involvement in a 1981 robbery attempt in Rockland County, New York, that left three dead. Boudin and Gilbert were members of Weather Underground, a radical left military group that was classified as a terrorist organization by the FBI.Adopted and raised in Chicago by Weather Underground leaders Bill Ayers and Bernardine Dohrn, Boudin would go on to earn a Rhodes Scholarship and a law degree from Yale in 2011. In 2015 he became a full-time public defender in San Francisco.During the campaign, Boudin outlined an ambitious agenda of progressive priorities including eliminating cash bail; ending racial disparities in the city’s criminal justice system; forming an “immigration unit” to protect immigrants against ICE policies; and expanding mental-health treatment in a city beset by highly visible mental illness and drug-addiction challenges.“We’re safer when we stop using jails and prisons as an answer to all social problems,” he said Monday in a radio interview.