Research by the Pew institute found that Jews are the world’s most-educated religious group, with an average of more than 13 years of formal schooling. 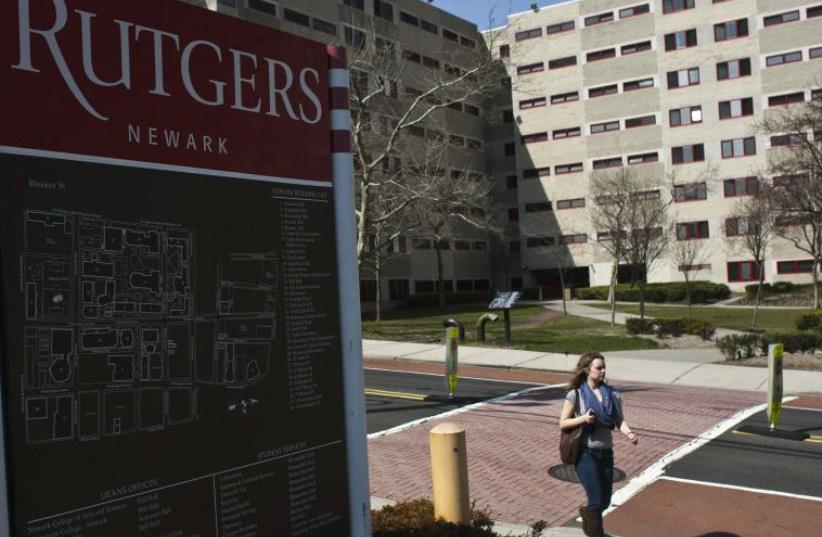 Rutgers University.
(photo credit: REUTERS)
Advertisement
NEW YORK — American Jews with the highest level of education are the least religious, according to a new study.The Pew Research Center study on religiosity and education in the United States published Wednesday found that the more years of schooling American Jews have, the less religious they are. Most Jews who have not graduated from college believe in God, and nearly 40 percent say religion is important to them. But only about a quarter of Jews who have graduated from college believe in God and say religion is important to them.(By contrast, reports Pew, “among Christians, those with higher levels of education appear to be just as religious as those with less schooling, on average.”)Orthodox Jews are partly a reason for the difference. The study said on average, the Orthodox are more religious and have less secular education than their non-Orthodox counterparts. But education accounts for a split among Orthodox Jews as well: 93 percent of Orthodox Jews who have not graduated from college believe in God, while 82 percent of Orthodox college graduates do. More than 80 percent of both groups say religion is important to them.Among non-Orthodox Jews, the differences are even starker: Nearly double the number of non-college graduates believe in God (45 percent) as do college graduates (23 percent). Nearly 30 percent of non-Orthodox Jews without college degrees say religion is important to them; the number falls to 20 percent among those who have graduated.Both groups have low rates of prayer attendance: 12 percent of college graduates and 17 percent of non-graduates attend services at least weekly.A Pew study from December found that Jews are the world’s most-educated religious group, with an average of more than 13 years of formal schooling.