A total of six people are believed to have participated in the attack on the Chez Jo Goldenberg eatery, which killed six and wounded 22. 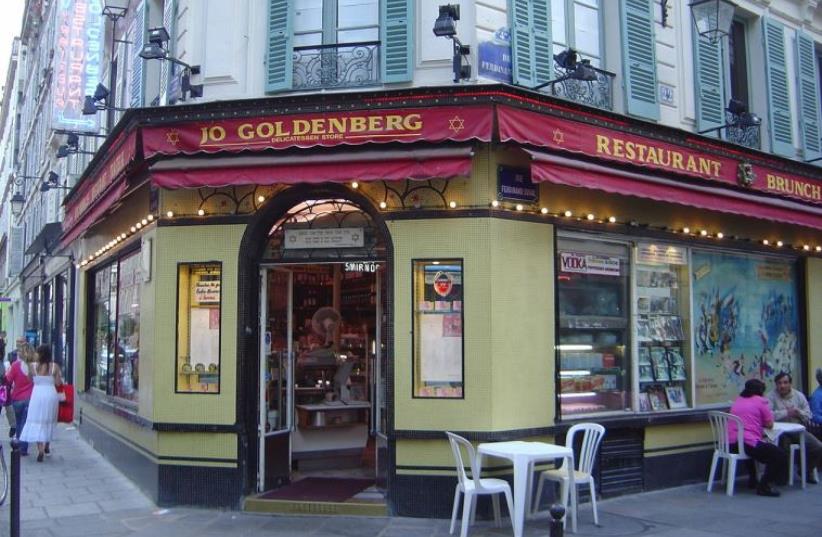 The Jo Goldenberg's restaurant seen in le Marais, Paris, France in 2005
(photo credit: WIKIMEDIA COMMONS/DAVID MONNIAUX)
Advertisement
Amman reportedly rejected an extradition request from France for two suspects wanted for the murder of six people in a deadly attack on a Jewish restaurant in Paris in 1982, AFP reported Wednesday, citing a judicial source. The source said that due to a technicality in the application date of the two countries' extradition treaty, Amman turned down the request.A total of six people are believed to have participated in the attack on the Chez Jo Goldenberg eatery in the heavily Jewish Marais neighborhood of Paris. Six people were killed and 22 were wounded when two gunmen stormed the restaurant in the middle of the day and fired on customers. The first of the two suspects, who stands accused of masterminding the attack, is Zuhair Mohamad al-Abassi, 62. He was arrested in Jordan last year, before the extradition pact came into effect.Al-Abassi, 62 and of Palestinian origin, is today “an aging man who works in the construction sector,” a Jordanian source told AFP. The source added that after his arrest, al-Abassi appeared in court without a lawyer and was ordered to surrender his passport before being released on bail.The second suspect, Nizar Tawfiq Hamada, 54, has also escaped French justice, after the statute of limitations for his alleged role in the attack now expired, AFP reported.Earlier, an unidentified Jordanian source “close to the case” had told the French news agency AFP that his country rarely extradites its citizens, choosing instead to try them in “specialized Jordanian courts.”Additional suspects who participated in the attack are living on the West Bank and in Norway.JTA contributed to this report.