It is no surprise that he lived to see all his children and grandchildren grow up well-grounded in Jewish tradition and settle in the Land of Israel. 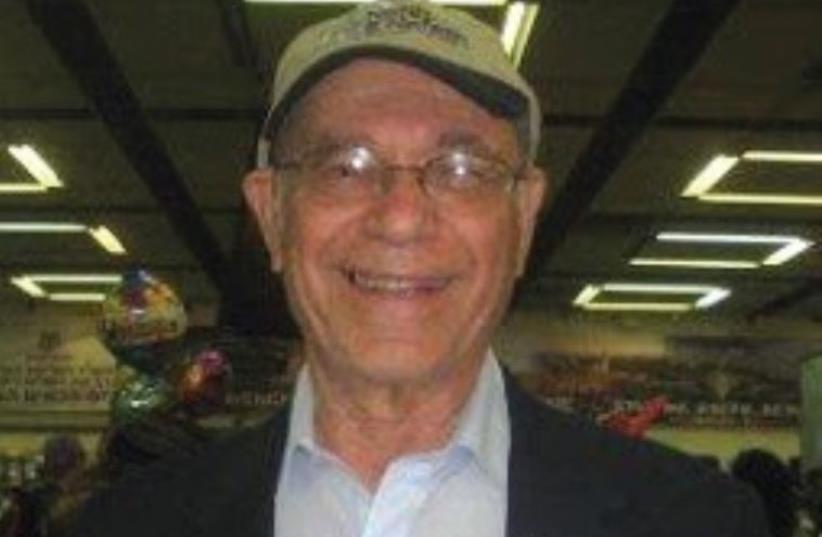 RABBI YITZCHAK (IRWIN) PECHMAN on the day of his aliya.
(photo credit: Courtesy)
Advertisement
In many parts of the world Jewish community it remains politically incorrect to openly advance settlement in Judea and Samaria, or to support Torah study centers without prejudice for the color (black, blue and white, or otherwise) of the institution. Not so my father-in-law, Rabbi Yitzchak (Irwin) Pechman of blessed memory, who passed away at 82 this week in Jerusalem.His love for the Land, People and State of Israel was unbounded and without prejudice, as was his deep connection to Torah study and leaders.It is no surprise that he lived to see all his children and grandchildren grow up well-grounded in Jewish tradition and settle in the Land of Israel.A native of Crown Heights and Belle Harbor, Queens, Rabbi Pechman studied with Rabbi Joseph B. Soloveitchik at Yeshiva University. He then went into marketing for his family’s bakery products company (Willmark); a firm that dominated the kosher market on the US eastern seaboard for 80 years.He was an early and frequent visitor to Israel, beginning with his first trip in 1954 – by boat. He then traveled to Israel again, together with my mother-in-law, Ruth, on their honeymoon in 1963. He followed that up by frequent annual visits. In fact, he was wont to say that he lived in Israel, but visited America for 50 weeks a year on business.Four years ago, my in-laws made aliya to Jerusalem, to be with their children, grandchildren and great-grandson. (May the tribe grow and prosper!) Few people I have known were as familiar as Rabbi Pechman with the politics and statecraft of this country. He devoured every news item and policy study there was to read in Hebrew, Yiddish and English, and he could discuss and debate every angle of our collective challenges for hours.(He was equally and intimately familiar with commentaries of Rashi and Baal Haturim on the Torah, and he loved rabbinic codes and acrobatics – such as the Mantzepach ellipsis).In 1979, Irwin and Ruth and their children went to visit Hebron, where Miriam Levinger and Sarah Nachshon and their 20+ children had holed-up demonstratively inside the derelict and dilapidated Hadassah Hospital building in the heart of the city, adjacent to the Cave of the Patriarchs. They refused to exit the building until the government would promise approval for a Jewish neighborhood in Hebron.Irwin and Ruth’s then-nine-year-old son had a significant nosebleed in the street outside Beit Hadassah, so Levinger (a nurse) and Nachshon came running out to care for him. There began the romance and the bond between my father-in-law, Rabbi Pechman, and the fledgling Jewish community of Hebron.Returning to America, he penned an article in the Jewish papers titled “Hebron’s Hadassah Hospital has its first patient in 50 years” – the first since the Arab pogroms in 1929 that devastated the Jewish community and forced the abandonment of the Hadassah building.He extolled the “sacrifice of the righteous women” who were pushing the envelope for rebuilding a Jewish presence in the City of our Forefathers.Rabbi Pechman then founded the Hebron Fund of America, and proceeded to preside over its fund-raising activities for 30 years. Almost everything built in Hebron since then went through his hands.In 1981, a young engaged couple, Avinoam and Shani Horowitz, were sent to the US to raise money for the struggle to save Yamit in northern Sinai. Unsurprisingly, they were given my father-in-law’s telephone number. He put them in his car, and proceeded up the interstate into the Catskill Mountains.With the embarrassed young couple in tow, Rabbi Pechman unabashedly barged into the dining rooms at the Homowack and Grossinger’s luxury hotels, where well-heeled observant Jews were feasting on their 22-course gourmet meals.“How can you possibly eat so much?” my father-in-law demanded of the kosher diners, “when there is a struggle under way in Israel and it demands your attention!” He prodded the startled guests into cutting short their meals in order to hear a lecture about the battle for Yamit; and he urged them to open their wallets.That was vintage Rabbi Pechman: Totally uninhibited when it came to advocating for Israel. He had no ego, no airs and no reticence in promoting Jewish settlement in the Land of Israel, even when it was considered impolite or impolitic to do so. It came to him naturally, and always with a cheerful disposition and unreserved optimism.His enthusiasm for the causes he took up (from Hebron to Shiloh to Rabbi Chaim Plato’s Yeshivat Radin for special children in Netanya) was infectious and endearing.In his buoyant way, Rabbi Pechman saw no contradiction between deep Zionist convictions and equally strong support for ultra-Orthodox yeshivas (which some of his sons lead).Nothing gave him more pride than seeing his grandsons in IDF uniform, serving in front-line combat positions. Nothing gave him more pride than seeing other grandsons become Torah scholars. He loved them all, without discrimination.In his eyes, all were builders of the Jewish People.He wouldn’t consider himself as such, but the title “Builder of the Jewish People” would be an appropriate epitaph for the stone marking his final resting place in the Jerusalem mountains.www.davidmweinberg.com