The teen, who had a brain tumor removed several months ago, was joined at the Staples Center arena by his parents and seven siblings. 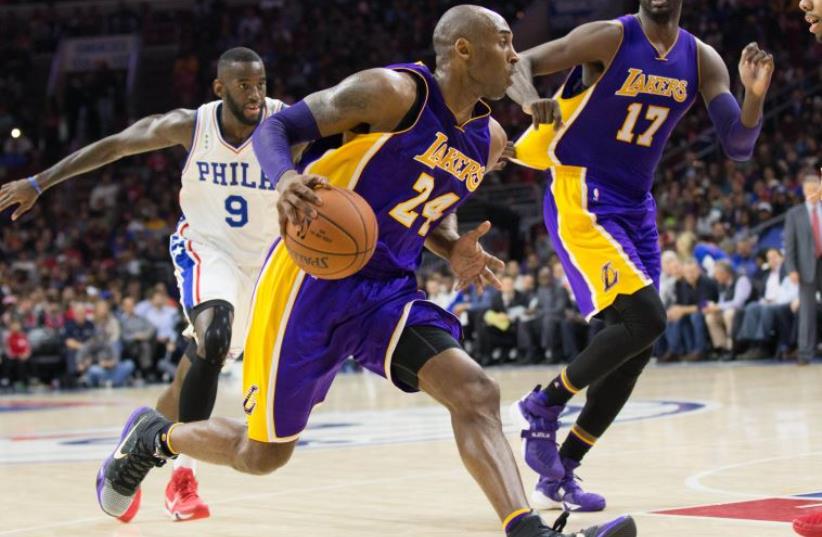 Los Angeles Lakers grant wish for teen with brain cancer
(photo credit: REUTERS)
Advertisement
The Los Angeles Lakers signed a Jewish teenager with brain cancer to a one-day contract.Yitzi Teichman of Baltimore signed the one-day contract on Sunday for the team’s game against the Charlotte Hornets, the Los Angeles Times reported. He was given a jersey with the number 18, which in Hebrew is chai, or life, for the game.Teichman, 18, is a native of Los Angeles and a lifelong Lakers fan. His opportunity to join the team was facilitated by the Make-A-Wish Foundation.The teen, who had a brain tumor removed several months ago, was joined at the Staples Center arena by his parents and seven siblings.Teichman told the newspaper that his first word was “Kobe,” referring to the team’s star player, Kobe Bryant. He said that when he was asked by the foundation what he wished for, “It was pretty easy; I want to be a Laker. I didn’t have much of a shot considering my height; so it was either I’ve got to be good at basketball or get cancer. So I went with the cancer route.”Bryant sent a video of support to Teichman before his surgery, according to NBA.com.He warmed up with the team but sat on the bench during the game, which the Lakers lost. He received a signed ball and the players’ game shoes as gifts.The teen, who is undergoing treatment, has been accepted to the University of Maryland and Towson University for next year.