Members of the Falash Mura community in Ethiopia
(photo credit: JEREMY SHARON)
Advertisement
In the heart of Addis Ababa, Ethiopia, in what can only be described as a shanty synagogue made of corrugated iron and breeze blocks – with a corrugated iron roof held up by wooden poles – women clad in white shawls and men with yarmulkes sing and chant in Hebrew.Behind the synagogue sit three mikvas (ritual baths) built in a similar style, and some classroom buildings, all forming the nexus of the Addis Ababa community center which serves some 2,700 members of the so-called Falash Mura community.Prayer services are held here every day, and the compound serves as a hub for the various religious and educational needs of the community in the Ethiopian capital.Along with another approximately 5,500 members in Gondar in the north, these approximately 8,200 people are the last remnants of the Falash Mura, and many have been waiting for years – some for decades – to get approval to come to Israel.One such individual is Irmias Gebrai, 19, a resident of the community in Gondar, who has been waiting to come to Israel for his entire life.In 1992, his mother left her village at a young age to go to Gondar and apply to come to Israel, but she has remained there ever since, although uncles, aunts and cousins were accepted and live here now.Gebrai, who is an activist in the Bnei Akiva youth movement in Ethiopia, was born in 1999; he has been waiting, together with his mother, to come to Israel ever since.“We are Jews, we keep Shabbat, we keep the festivals. We don’t even eat meat here because we cannot get kosher meat. We are Jews,” he says forcefully in decent Hebrew, learned in Ethiopia.“No one can say we are not Jewish. We wouldn’t wait if we weren’t Jewish. I wouldn’t wait for 20 years if I wasn’t Jewish,” he insisted.

So why are these members of the Falash Mura community, or the “remnants of the descendants of Jews” as they are also called, still in Ethiopia? The story of the aliya of these Ethiopians of Jewish descent is long, complicated and controversial. It began when Christian missionaries converted members of the Beta Israel Jewish community in Ethiopia in the late 19th and early 20th centuries during a time of upheaval, famine and ethnic strife.Some members of this community managed to make aliya during Operations Solomon and Moses in 1984 and 1991, in which the entirety of the Beta Israel community, who never converted, were brought to Israel.Others subsequently left their villages close to Gondar and Addis Ababa, seeking to immigrate to Israeli like their brethren.Many of the Falash Mura who were considered to be Jewish by matrilineal descent were brought to Israel – but under the Law of Entry instead of the Law of Return, since their ancestors had converted to Christianity and Israeli law stipulates that people who left Judaism, even under duress, are ineligible for citizenship under the Law of Return.Because of this, they were also required to undergo a conversion process once in Israel.But although many others were brought to Israel in large numbers in the 1990s and 2000s, over 9,000 were left in Gondar and Addis after the most recent mass immigration in 2013; many of their parents, children or siblings came earlier.And of those remaining, the overwhelming majority are of Jewish patrilineal descent. For this reason, the main contention for granting entry to Israel is on the basis of family reunification.According to MK Avraham Neguise, a longtime and ardent campaigner for the Falash Mura, approximately 1,000 of those seeking to immigrate have children in Israel, 2,200 have parents and 2,500 have brothers and sisters, all of which are considered to be first-degree relatives.Another 2,300 of those waiting have uncles, aunts and cousins in Israel, who are considered to be second-degree relatives.In November 2015, the government therefore issued a formal decision to bring the remainder of the Falash Mura – some 9,000 people – to Israel on the basis of family reunification.The decision was not, however, made in conjunction with a budgetary allocation to cover the immigration and absorption costs, and implementation of the 2015 decision was therefore stalled until the government budgeted for the immigration of 1,300 people, who did indeed arrive during the course of 2017.A ministerial meeting is scheduled on this issue for Monday, although it seems unlikely that a definitive decision will be made.For several years now, there have been accusations, significantly from within the Beta Israel community itself, that the remaining people requesting to come to Israel have little ties to Judaism and are seeking simply to escape the poverty of Ethiopia – and that some are even practicing Christians.Rabbi Menachem Waldman, a central activist in the campaign to bring the remainder of the Falash Mura to Israel, rejects this claim, calling it “slander,” and saying that the same thing was said about the Beta Israel community in the 1980s. 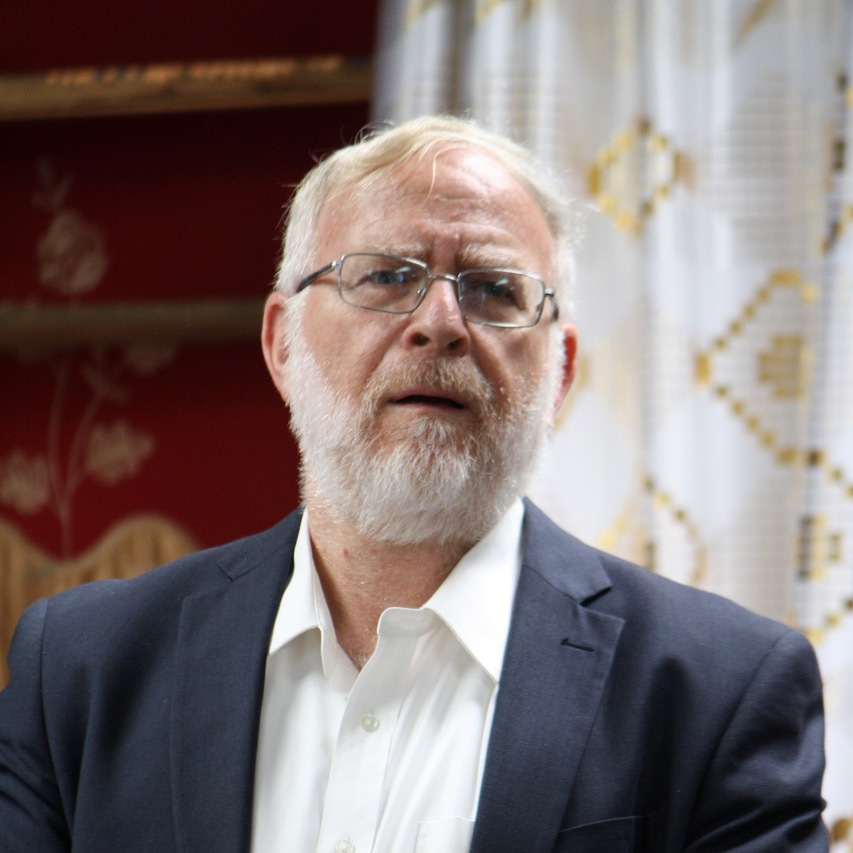 “The remainder of the Jews in Ethiopia are our brothers. They have been praying three times a day for many years to come to Israel, and it is a mitzva to unite them with their families,” Waldman told The Jerusalem Post.“They will be good Jews and good Israelis. Someone who has a Jewish heart has to be seen as a brother.”And he also rebuffs the claim that bringing the remainder of the Falash Mura community will lead to further applications for family unification.It had been said on several occasions after large numbers of the Falash Mura were brought to Israel, notably in 2010 and 2013, that it was the final and last mass immigration, and that the doors were now closed – only for more claims to be subsequently be made.Jewish donors in the US, who have in the past helped fund the immigration and absorption of the Falash Mura, have reportedly refused to make any further donations, because they have been told on more than one occasion that it was the last mass immigration.But Waldman and Neguise say that this claim is simply incorrect and that lists drawn up in 1999 of Falash Mura entitled to enter Israel have remained the same.They claim that the government has made a fundamental error in bringing them to Israel on a piecemeal basis since this has drawn out the process and complicated matters.In order to fend off accusations that they are somehow missionary Christian Ethiopians with no connection to Judaism wanting to come to Israel, both Waldman and Neguise told the Post explicitly that should all of the approximately 8,000 people left be brought to Israel, the community centers in Addis Ababa and Gondar should be closed down.“I am not requesting anyone who is not on the lists – this is fake news and propaganda,” insists Waldman.“The communities are closed. People can’t come into the communities; only people who have been checked, who are registered and have a certificate are there,” he said.“Yes, they should close the centers. If they make mistakes and leave behind some [who are still there,] then no. But if they bring everyone, then the centers need to be closed.”Neguise agreed.“Bring them all, and close [the centers in] Gondar and Addis. Take a final decision, create a schedule for bringing them – and when the last ones come, then stop,” he told the Post, adding that this could have been done in 2013.Waldman also insists that even if there are non-Jewish spouses currently married to those claiming the right to entry into Israel, the criteria established by the government decision in 2015 and Israel’s immigration laws prevent them from requesting entry for other non-Jewish family members in Ethiopia.“We don’t want anyone who is not a descendant of Jews,” he insisted, adding that the Interior Ministry should evaluate every request to ensure that those seeking entry in Israel are indeed descended from Jews.Neguise affirmed this, saying that “if they have a right [to immigrate on the basis of being of Jewish descent] then they could come, if not then no… there’s no such thing as this.”MK Pnina Tamano-Shata of Yesh Atid has a slightly more nuanced approach, and does not insist that every last person on the lists should necessarily be approved for entry into Israel.But she does insist that the government stop its foot-dragging on the issue, and make a decision one way or the other who to bring and who not to bring, by evaluating every request against the criteria.In a special Knesset committee hearing on Wednesday, Tamano-Shata was also vehement in insisting that family reunification was a severe humanitarian concern, and that the state “can no longer be so cold-hearted in the face of families who have been torn apart.”She also agrees that the immigration of those who are approved should be done speedily and en masse in order to close down the community centers and finally bring an end to the story.Despite everything, almost everyone agrees that the failure to fully implement the November 2015 decision is because no budget has been allocated for the mass immigration. 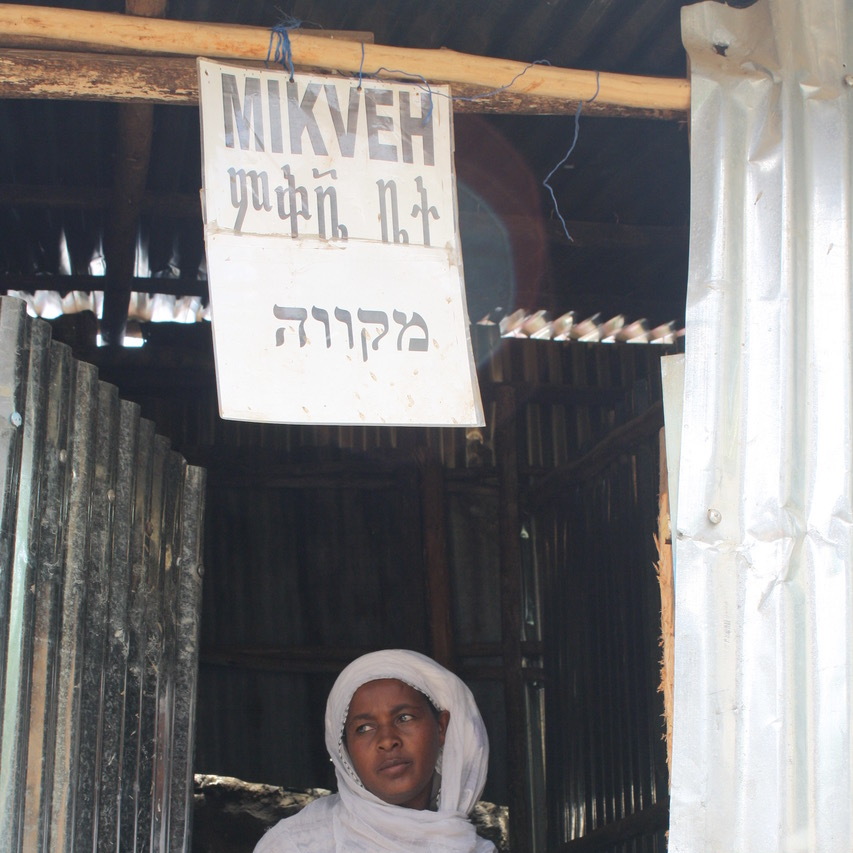 The Jewish Agency has agreed to back it, as has the Immigration and Absorption Ministry, but the government has failed to appropriate the requisite funds.The Finance Committee, however, said in response to a request for comment from the Post that any new government decision to bring “additional groups” would be “fully funded, as they have been until now.”A spokesman for Interior Minister Arye Deri declined to comment. But Amos Arbel, the director of the ministry’s Population Authority, said during the Knesset committee hearing that the ministry required a new government decision to implement the immigration of those still in Ethiopia.But Neguise claims angrily that the failure to allocate funds for those remaining in Addis Ababa and Gondar stems from an apathy that would not be present if there was a similar group in Europe who had already received authorization from the government to move to Israel.“This is a politically weak community from Africa, who everyone sees as an economic burden... it’s simply discrimination not to implement the decision already made.”