King Mohammed V kept the lives and property of the country’s Jews under his protection. 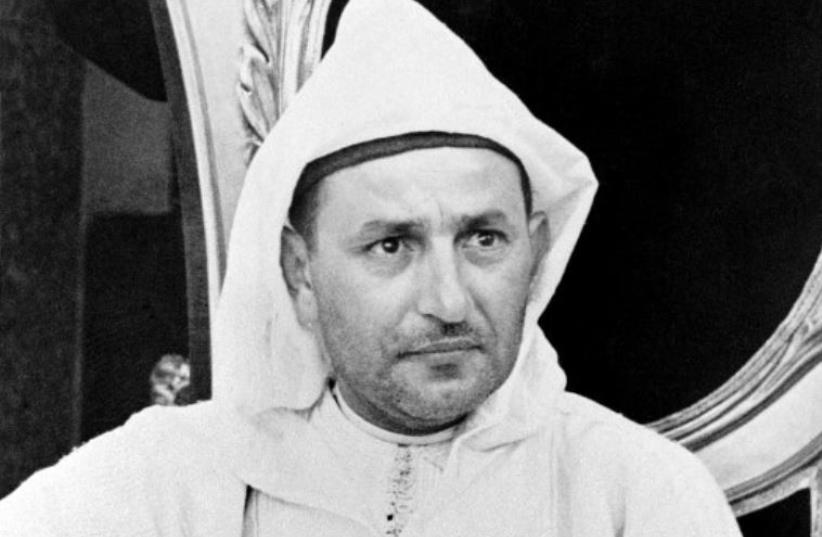 King Mohammed V kept the lives and property of the country’s Jews under his protection
(photo credit: AFP PHOTO)
Advertisement
The late King Mohammed V of Morocco was posthumously honored for protecting his country’s 250,000 Jews during World War II.KIVUNIM: The Institute for World Jewish Studies honored the king with the first The Reverend Martin Luther King Jr. – Rabbi Abraham Heschel Award, to mark the organization’s 10th anniversary.The honor was presented to granddaughter Princess Lalla Hasna of Morocco on Sunday at New York City’s B’nai Jeshurun synagogue as part of the group’s three-day conference to mark its milestone.Kivunim is a gap-year program that sends Jewish students to 12 countries each year, including India, Greece, Turkey, Germany, Hungary, Czech Republic and Morocco.During World War II, King Mohammed V kept the lives and property of the country’s Jews under his protection, and did not subject them to the Vichy Laws. Later on, in response to anti-Jewish rhetoric in the wake of the creation of the State of Israel, Mohammed V warned Muslims not to hurt Moroccan Jews, reminding them that Jews had always been protected in Morocco.Andre Azoulay, a Jewish advisor to Morocco’s King Mohammed VI, said in a statement read on behalf of the king that: “Today, we need, more than ever, to ponder the lessons and relevance of this part of history in order to stand up more forcefully to the deadly aberrations of those who are hijacking our cultures, our faiths and our civilizations. We are living at a time and in a world in which the collective imagination of our societies is too often impaired, not to say poisoned, by regression and archaism. By capitalizing on the depth and resilience of the legacy left by my revered grandfather His Majesty Mohammed V, we can, together, set out to recover the lost expanses of reason and mutual respect which have vanished from many parts of the world.”The program ended with a joint concert of Jewish and Arabic music by David Broza and Mira Awad.