Bishop Seraphim of Piraeus says the Greek government is controlled by Jews. 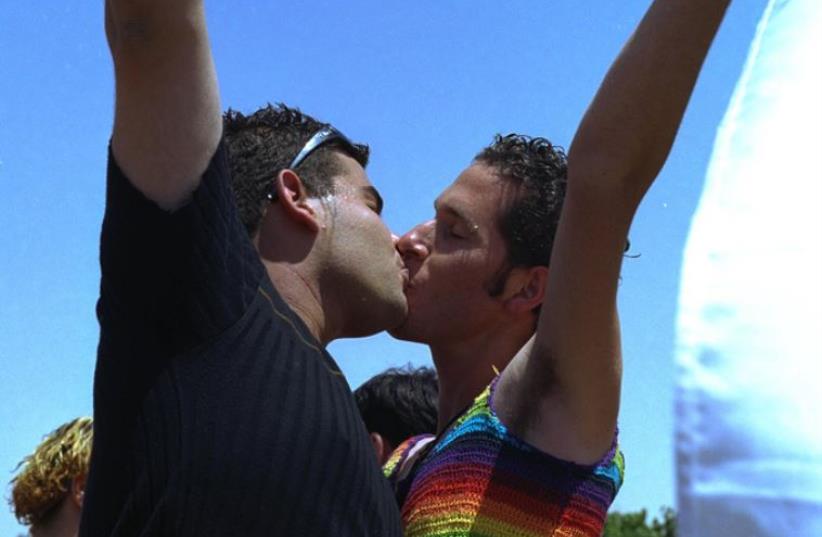 An Israeli gay couple marches in Jerusalem
(photo credit: GOVERNMENT PRESS OFFICE)
Advertisement
ATHENS, Greece — A leading Greek bishop has blamed the “Zionist monster” for new legislation that would give same-sex couples in Greece expanded civil rights.Bishop Seraphim of Piraeus said the cohabitation bill is a result of the “constant war against the true faith” being waged “by the international Zionist monster,” which he said controls the Greek government.In a statement on the website of the Metropolis of Piraeus, the bishop also threatened to sever relations with any Greek lawmaker who supports the bill when it comes to a vote on Tuesday, saying it subverts human sexuality and is destroying the traditional family unit.The bishop has a long history of making anti-Semitic comments. In 2010, he told a Greek TV station that Jews had orchestrated the Holocaust and were behind Greece’s financial crisis. He later clarified that these were his personal opinions and did not represent the Church of Greece.Under the bill, Greek same-sex couples who sign a cohabitation agreement would receive the same favorable tax status as married heterosexual couples as well as increased inheritance rights.While the bill is highly unpopular in Greece, the Parliament could face European Court of Justice sanctions for discrimination if it does not pass the measure to meet European Union standards.Anti-Semitic stereotypes are widespread in Greek public and political discourse. A recent Anti-Defamation League survey showed that Greece has Europe’s highest rate of anti-Semitic attitudes, with 69 percent of Greeks espousing anti-Semitic views.