“So many women with this disease literally don’t have the option of time off and I won’t take it for granted.” 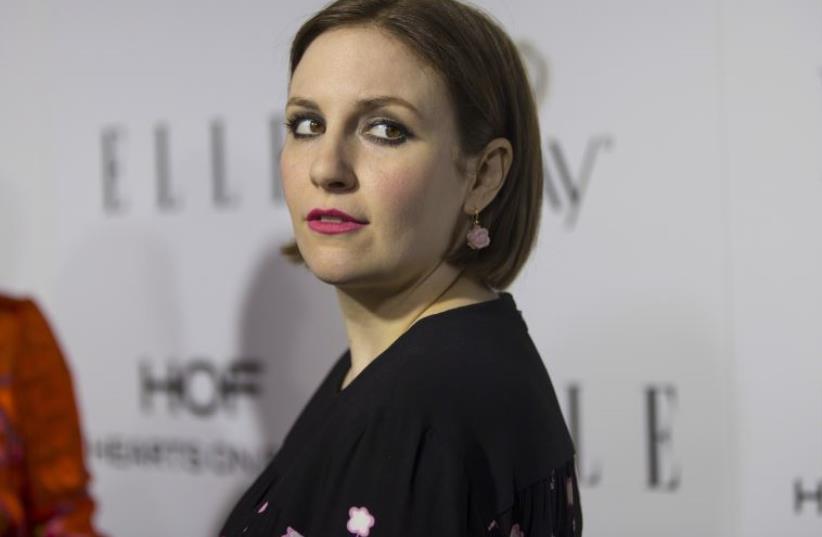 Lena Dunham
(photo credit: REUTERS)
Advertisement
Lena Dunham, the creator and star of the HBO series “Girls,” has been hospitalized and will undergo surgery.Dunham, 29, was taken to the hospital Saturday morning, a spokesperson for the actress said in a statement, after reportedly suffering the rupture of an ovarian cyst, part of her ongoing battle with endometriosis.She has been public about the effects of the chronic disorder, in which tissue that normally lines the uterus grows outside the uterus. In a Facebook post early last month, Dunham said she would not be doing any interviews prior to the “Girls” season premiere on Feb. 21 due to the illness.“I am currently going through a rough patch with the illness and my body (along with my amazing doctors) let me know, in no uncertain terms, that it’s time to rest,” Dunham wrote.She added, “So many women with this disease literally don’t have the option of time off and I won’t take it for granted.”According to the Endometriosis Association, endometriosis is a painful disease that affects at least 6.3 million women and girls in the US, 1 million in Canada, and millions more worldwide.Dunham, who is Jewish, also writes and directs the HBO series “Girls,” now in its sixth season, about a group of 20-something women in living in Brooklyn, New York.