The mayor “spends his time writing articles to help his masters in Tel Aviv,” read one tweet. 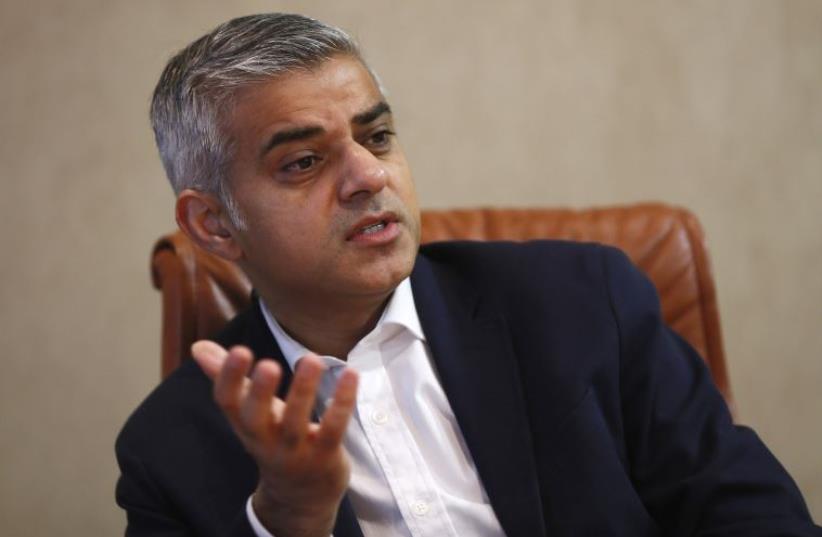 London mayoral candidate Sadiq Khan
(photo credit: REUTERS)
Advertisement
London Mayor Sadiq Khan, the first Muslim mayor of a European capital city, has been bombarded with anti-Semitic messages since he said he would not support Jeremy Corbyn in the Labour Party leadership election.Several of the messages suggested that he had been influenced by Jews, the London-based news website Jewishnews.uk reported.The mayor “spends his time writing articles to help his masters in Tel Aviv,” read one tweet.“Who owns you @sadiqkhan?” read another, which included a photo of Khan wearing a kippah while eating matzah at a Jewish community event.Last week, Khan threw his support behind Owen Smith, who has been a Parliament member since 2010 and is Corbyn’s only challenger for the party leadership. Smith previously worked as a radio and television producer for the BBC.Khan, a Labour member, wrote an op-ed published Saturday in The Guardian newspaper in support of Smith. He said in the London-based daily that if Corbyn remained party leader, Labour would be unlikely to win the next general election. Khan also said Corbyn “has already proved that he is unable to organize an effective team, and has failed to win the trust and respect of the British people.”In a June op-ed in The Jerusalem Post, Kahn pledged to root out anti-Semitism in London and in the Labour Party.Some 500,000 ballots for the leadership race were sent out to party members on Monday; the results will be announced next month.